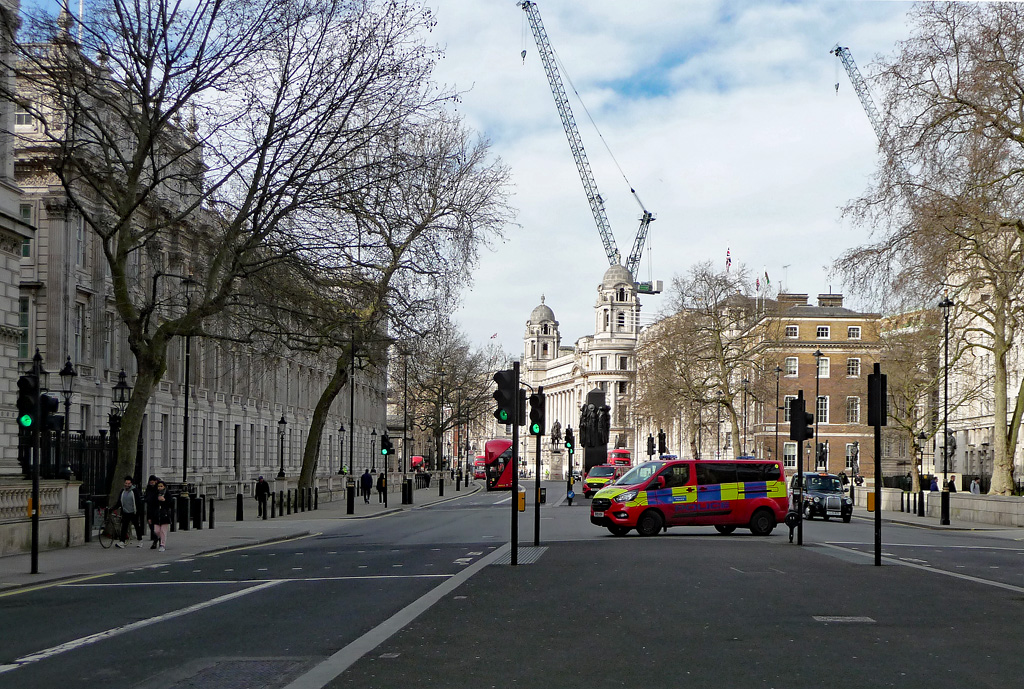 The country may still be in the grip of COVID-19, with a rumoured third wave potentially on the horizon, but researchers have already begun examining what went wrong – and, sometimes, right – in the government’s response to the pandemic.

For a policy making and implementation machine “already strained by Brexit”, Alex Thomas and Rhys Clyne argue in a paper published yesterday, Whitehall was both unusually ready for a major crisis and caught totally unawares. The authors listed ten lessons for ministers and civil servants, informed by the first-hand experience of well-placed interviewees. A rare piece of useful contemporary social science, the twenty-page document is already proving influential in SW1.

“The government for much of the early part of the pandemic suffered from the lack of a strategy”, Thomas told The Chamber, nearly summarising the report. He explains, somewhat unnervingly, that while staffers in the Treasury devised ingenious ways to protect the economy at all costs, civil servants in the Department of Health were modelling how to save as many lives as possible without considering the economy at all. As the report says, “The government has proved better at executing decisions than making them.”

The authors evaluated an array of Whitehall policies devised and implemented over the past year as successful or otherwise, including (but not limited to) the furlough scheme, Test and Trace, PPE procurement, Universal Credit expansion, Nightingale Hospitals, regional lockdowns, Eat Out to Help Out and the vaccine rollout.

Such analysis is never free from the odd bit of pork-barrel politics: the report advises hiring more civil servants in order to improve the government’s “response capacity”. Yet the rationale behind this – chronic NHS shortages, local government starvation, chaos across the social care sector – are compelling and not insignificant. And in hoping their paper to be as popular among ministers themselves as think tank staffers and journalists, the authors are wisely diplomatic. For example, they criticise the nature of Cobra decision-making, rather than cabinet ministers who missed successive meetings and misrepresented SAGE guidance.

Thomas explained this as an indecision problem, citing a year of consistently unpredictable lockdowns. “If a prime minister is unwilling or unable to make a decision, there’s very little that can be done short of all the cabinet resigning to force the pace on that decision.

“There’s an assumption I think, sometimes, that the Cabinet Secretary steps in and says ‘prime minister, you need to do x, y and z.’ Actually I think what we learned from both the lockdown and the pandemic, where Johnson was unwilling to act quickly, and Brexit, where Theresa May was unable to act quickly because of the political constraints on her, is that there’s no real way to cut through.”

Even still, the report doesn’t shy away from praising, and criticising, individuals. In lamenting rushed and ad hoc policy decisions such as last summer’s exams debacle, Thomas and Clyne explain: “More genuine and thoughtful incorporation relies on the willingness of key individuals to work with the right people at the right time. The Vaccine Taskforce is made up of a diverse range of experts from different organisations and sectors, in part because Patrick Vallance […] knew who to bring to the table.”

The opposite, they said, applies to Gavin Williamson’s stewardship of an atomised Department for Education, which has proved overly distant from unions and schools. The touted yet underutilised Nightingale Hospitals are another example. “Had […] Matt Hancock incorporated outside expertise more substantially […] the outcome might have been more effective.” Don’t tell Michael Gove.

Yet it isn’t all bad news. Thomas and Clyne commended departments’ (albeit varying) success in ensuring essential work could be done from home. “[Government] as a whole coped surprisingly well with the need to radically change working patterns in a very short period of time.”

In contrast, someone who became infamous on Whitehall for trying to force the pace on issues was Dominic Cummings. Yet with much of the report citing poor relationships between tiers of government, ministers and civil servants, it’s not clear whether Cummings’ “hard rain” approach helped or hindered mutual trust within government.

In fact, Thomas says, much of the civil service was perfectly open to the Number Ten strategist’s big ideas. “I think a lot of what Cummings wanted to do – when you strip away all the briefing and the sound and fury – was not bad, and needed. A lot of civil servants agreed with that and they recognised the importance and insights Cummings was offering.

“What I think was counterproductive was the pitched battle style of it. You need a bit of grit in the system, you can’t always reform things in a very smooth way. But equally it’s not right to go to war with it because, in the end, ministers have to work together in a team, and they do better when they’re not looking over their shoulders or fearing they might be briefing against in the papers.”

Ultimately, however, the lessons Whitehall must learn from Brexit and the pandemic will long outlast one disruptor alone. Though Thomas cites much-improved government communications in place since the beginning of 2021, he says the most meaningful reforms will take years – perhaps decades.

“[Embedding] assessments in the National Risk Register into the work of departments, for example, is nothing something that just happens. You can start to do that quite quickly but it’s really about the steady accretion of work over years and years.”

Another area where the report is pessimistic regards the relationship between central and local government. Greater Manchester’s public spat with Downing Street got the headlines, but dysfunctional connections between national and lower-tier administrations across the UK hamper policy making and implementation. The relationship has got so bad, the authors found, that Whitehall departments now prefer to work alone or with the private sector than alongside qualified local government officials. This was epitomised by the Test and Trace programme, which for the first few months of its existence relied on jack-of-all-trades private consultants over trained local public health officials.

Thomas added: “Improving those relationships isn’t something you can wave a magic wand at and say ‘It’s all going to be good now.’”

In truth, entire papers can (and should) be dedicated to this plague on both our tiers of government, and it is the clearest takeaway from Thomas and Clyne’s work. A trusted and independent organisation with a tendency toward cautiousness, the IfG rarely advises “urgent” and/or “fundamental” change. It has here.

Downing Street’s recent liking for policy tsars are added to that list. The paper notes their appointment and working arrangements are worryingly informal and unchecked. Thomas and Clyne conclude it’s in the interests of both powerful ministers and civil servants to keep government as ad hoc as possible, with accountability left vague, because it is they who will continue to hold the reins over who stays and who goes. Whatever happened to “Events, dear boy, events” ruling the roost?

Cronyism hasn’t helped. A 2020 National Audit Office report found “high-priority lanes” in PPE procurement made the contacts of ministers, MPs and peers ten times more likely to win government contracts than their rivals. The scale and speed of the pandemic, the Office added, is no excuse.

What will take the longest to fix, Thomas says, is changing the culture of accountability and oversight. “Developing norms and structures that don’t overly constrain ministers but also hold ministers and civil servants to account both on propriety and for the decisions they make is a long term issue that parliament and governments have been grappling with for decades. It’s something that they’re going to go on struggling with.”

It’s on this point that the report makes its most meaningful contribution. As students of Westminster’s broader paralyses, Thomas and Clyne have simply used the (well-known) problems of policy making over the past year to illustrate and inform their more ambitious conclusions.

The issues Whitehall faces are clear enough to see. Moving on will be more difficult. Yet readers of this report will have a good idea where to start.