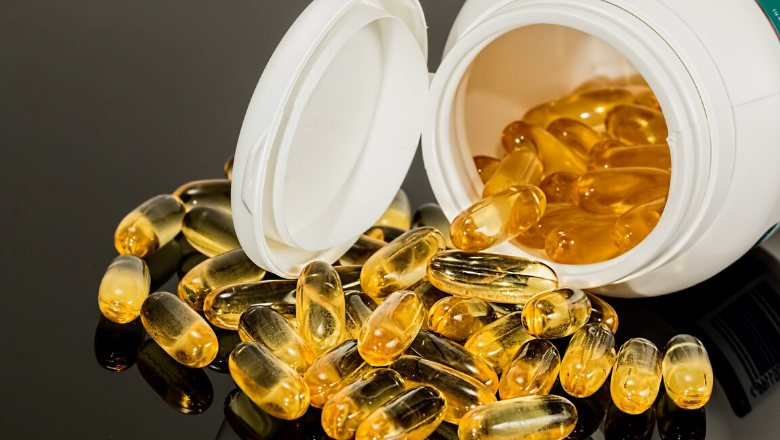 We are gradually moving towards the post-pandemic world, but we know we are not completely in the clear yet, and it will take a while to get there. While the vaccine works its wonders around the world, we still rely on treatments for covid-19 that help to reduce the need for hospital admission and make the stay in hospital sooner and shorter for those who need to be admitted.

The use of remdesivir and corticosteroids— dexamethasone and hydrocortisone—has become part of the standard treatment across the world and continues to improve patient recovery, but, as I have said, we need to mitigate future harms. One of the ways to do that could be through the use of vitamin D against the virus, and I want to raise awareness of that.

At the start of this pandemic, a good friend of mine who has a nutritional degree warned staff in the office to start taking vitamin D. “Build yourselves up,” he told us, “to give your body the chance to fight at its fittest,” and he has been proven to be absolutely right.

Vitamin D has several very important functions, the most vital of which is facilitating a normal and healthy immune system and resistance to certain diseases.

The study found that people suffering from depression noted an improvement in their symptoms by taking vitamin D supplements, so it is easy to understand why it is often called the sunshine drug. It is not because the sun shines, but because it perhaps lifts the mood. Many of us feel that wee bit better every day when the sun shines. It gives our spirits a lift. By the looks of yourself, Mrs Murray, you have been getting a bit of sun down in your neck of the woods, and you will feel better for it.

As with any vitamin, however, it works most effectively when there is a deficiency. We get the most out of a vitamin if our body is deprived of it, and we will see the changes fairly early if we really need it, so if our body responds positively to vitamin D it is clearly of benefit. I was once told, “If your cup is full of tea and more tea is poured in, that isn’t useful as the tea will of course pour over the edges.” It is all about balance, and vitamin D gives that to those who need it, and gives them a lift.

Given our lifestyle over the past year, it would not be surprising to discover that a good number of us lost some level of vitamin D from our system, because if we do those things our vitamin D levels will be down and we will need to enhance them. We spent months living a very abnormal lifestyle as we heeded the message to stay at home and stay indoors, allowed only one session of exercise a day at the peak of the pandemic. Think back to those weeks and months between March and July last year and recall the empty streets, parks and beaches during the day because everyone was staying inside or around their house—our elderly folk in care homes even more so.

Most of us have heard of the condition seasonal affective disorder, better known as SAD, where, during the winter months, reduced sunlight can lower our levels of serum 25(OH)D, causing depression-like symptoms in some people. Various studies have shown that taking vitamin D supplements can improve the symptoms of that disorder.

Some foresight was lacking at the beginning of lockdown in 2020. In hindsight, it would have been a good idea back then to suggest that people got as much sunlight as possible, whether that was sitting by an open window or out in the garden where possible, or took vitamin D supplements if those options were not available.

Although the National Institute for Health and Care Excellence reported that there was insufficient data to recommend the use of vitamin D or calcifediol as a defence against or treatment for covid-19 infection, several recent studies have produced evidence that offer more hopeful results.

An observational study carried out from March to May 2020 at Hospital del Mar in Barcelona tested 838 patients admitted with covid-19, of which 447 were given 530 micrograms of vitamin D on day one and 266 micrograms on days three, seven, 15 and 30. The other 391 patients were not given that treatment on admission. Of the 447 patients treated with vitamin D when they were admitted to hospital, just 20 needed assistance from ICU, compared with 82 of the non-treated 391 patients. The findings go further, and report that just 21 out of 447 patients treated with vitamin D died from covid-19, compared with 62 of the 391 non-treated patients. I suggest that we have an evidential base, from the trials and tests that were done at Hospital del Mar in Barcelona, that proves the benefit of vitamin D. When patients with covid-19 infections were treated with vitamin D on admission, it significantly reduced the need for ICU admission and more of them survived.

Other research has shown that those who experienced acute respiratory failure with covid-19 had high rates of vitamin D deficiency. I am particularly interested in the subject. As chair of the all-party parliamentary group on respiratory health, I take a deep interest in these issues. Although these are small, randomised studies, they provide a credible level of data and evidence showing that the lack of vitamin D is a factor in rates of ICU admission and mortalities. We need to look further for evidence that vitamin D deficiency plays a role in the mortality rate from covid-19 infection and consider sensitively why this virus has been so devastating for our black and minority ethnic communities here in this great United Kingdom of Great Britain and Northern Ireland.

A peer-reviewed article published in 2018 in BMC Pediatrics reported that vitamin D deficiency was on the rise almost exclusively among black, Asian and minority ethnic groups. A clear section of the community need help and support, and awareness needs to be raised on the need to take vitamin D.

The University of Birmingham supported the study, also reporting that the national diet and nutrition survey concluded that nearly half the UK’s population were vitamin D-deficient, with BAME groups in Britain and throughout northern Europe observed to be most at risk due to the fact that darker skins produce far less vitamin D.

Vitamin D supplementation must be adopted through an evidence-based strategy, and we have sound evidence-based findings from the University College London Institute of Health Informatics. The information confirmed that the death rate from covid-19 was about two to three times higher for BAME groups in England than for the general population. We have a really big job to do to look after that section of the community. We must raise awareness, perhaps with a strategy, and sometimes we need to involve community leaders, whether those be leaders of churches or community groups. There are many good people out there who want to help. I believe that if we can get them all together, we can do something.

With those tragic figures to which the University of London referred, we can see the sense in vitamin D being an effective way to mitigate future harm to our BAME communities from covid-19 infection. Can we prevent further loss of life on such a scale by prescribing for those who have been most vulnerable to the virus a simple but effective programme of vitamin D supplementation? That might sound simplistic, but there is an evidential base for the benefit that could be gained.

If that is something that can be done at small cost, with great benefits—as I believe them to be—it should be done. I believe this research is necessary—indeed, absolutely crucial—if we are to determine whether vitamin D can play an effective role in the prevention and even the treatment of covid-19 infection on a broader scale.

The Government have proven, working alongside all the regional Administrations across our United Kingdom of Great Britain and Northern Ireland, that if we work together, we can, first, be stronger together and, secondly, be effective together. When it comes to looking at the treatment of covid-19 infection on a broader scale, we need to do that. We should also be very aware of the issue of vitamin D deficiency in the community, and the consequences for those who are vulnerable.