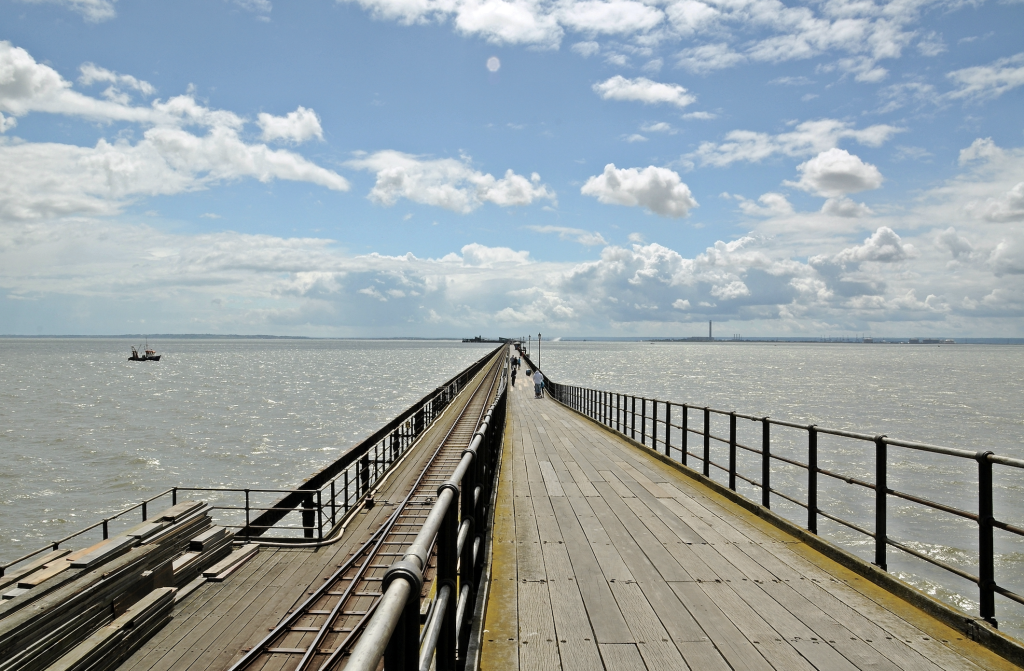 Last week (or ten years ago, who’s counting) Piers Morgan strode out of the morning show he co-presented, off our screens and out of the public eye, at least for a little while. To mark the days of respite we’ve enjoyed since, I offer the following tribute to a national institution which has for hundreds of years offered Brits the chance for some wood-panelled rest and relaxation of their own.

Full disclosure: this isn’t my idea. I was provoked by Twitter users’ #BringBackPiers campaign, which began as a sincere (if obscene) effort to return the world’s biggest Meghan Markle hater to Channel Three, but which was quickly and joyously exploited in the name of some good-natured joshing.

My thesis is simple: Piers bad, piers good. A quirky invention of the Victorian era’s ambitious architects, these jutting masses of wood and metal became a sensation in an era when anything seemed possible. Admittedly they had existed for many years in ports across the globe, largely to allow goods and supplies to be transported back to land without the need for docking. But the Victorians decided a pier could bring something more meaningful to those on land: pleasure.

The first pleasure pier (i.e. a non-functional pier with something, anything, on it) was built in Ryde in 1814. A transparent attempt to compete with other Isle of Wight towns for the patronage of local aristocrats, perhaps even a royal visit, the finished pier became hugely popular. Within twenty years of its completion, Ryde Pier was extended more than 100m into the Solent. A tramway was added in 1864 and, in 1880, a railway.

Rival towns were taking note. In the 1860s alone, no fewer than 22 piers were built across the UK. By the start of the First World War, there were 100 dotted around the UK coast. The sun had begun to set on the British Empire, but not on its unrivalled proliferation of piers. Perhaps the most significant development was Southend’s, which was built in 1830 but replaced in metal in 1892 and extended – to become the world’s longest – in 1929. As the Victorian era yawned to a close and the Great Depression put a damper on any sense the 20th century would be a British one, the careful restoration and expansion of the UK’s many piers became a passion project for the nostalgic.

Their decline in the years which followed made piers a compelling symbol of national defeat, the rotting wood and rusting iron a heavy-handed illustration for Britain’s newfound irrelevance. In 1937, Orwell’s The Road to Wigan Pier made that much clear; a year later, Graham Greene’s Brighton Rock again returned the English seaside to the public imagination for all the wrong reasons. As often happens, the age’s seminal artists took on those whose spectacles on empire were decidedly rose-tinted. The seaside became the battleground and piers a handy emblem.

We saw this play out once again during the Brexit campaign, where the East of England seaside in particular became a target for Vote Leave exploitation as well as Remain sneers. On this, the Leave camp were ultimately better tuned in.

As a Southend resident and (part-time) advocate for Southend supremacy, seeing these imperfect, baffling, superfluous, compelling treasures of our coastal towns become a political football is a shame. Though Americans throw around the phrase “coastal elites” to describe New York and LA-based political and cultural influencers, the opposite is true on these shores. Our seaside towns have suffered a long decline. With the exception of Brighton, which has reinvented itself as a vibrant, LGBT-friendly hub of modernity, seaside towns remain stuck in the past. The sun did set on the British Empire: perhaps it is because it sets too often that our coastal towns are shunned by so many.

After a decade of rule by a party which has promised regional ‘levelling up’ and renewal on our seasides, the millions of us who inhabit coastal towns are still waiting for some fresh ideas.

And for those who are unlucky enough not to live near this country’s blue and pleasant seas, I can only urge you to use this summer’s emphasis on domestic travel to the fullest. Step onto a pier and be transported away from our shores. For now, it’s as far as you’ll get.