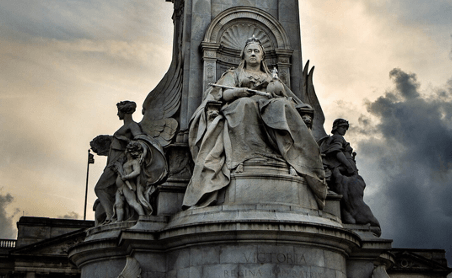 The Queen Victoria memorial on the Mall

The Conservative Party may have won the Brexit battle, but if it doesn’t mobilise effectively in the culture war, it will be punished at the next election.

In comments made to the Mace, Robert Oulds, the director of the Eurosceptic think tank the Bruges Group, said that Conservatives have allowed themselves to be ‘built out of power’ by a culturally liberal elite. They risk being ‘checked at every opportunity and the democratic result of an election will be rendered null and void’.

His new book, Moralitas: A Cultural Virus­, Oulds, co-written by Dr Niall McCrae, a senior lecturer in mental health at KCL, dives into the origins of the culture war. Antonio Gramsci and Herbert Marcuse – who called for the dismantling of the ‘inherently repressive’ structures of the west by tackling the ‘cultural superstructure’ rather than the ‘economic substructure’ – take the brunt of their criticism. The cultural left’s dominance of the institutions presents the reason for the intolerance of dissent that we see today. The alternative view simply isn’t presented.

The ‘inherently repressive’ view of society separates us from our past – our history and traditions. Removing the national and local community, it divides us into groups based on our immutable characteristics – race, gender, sexuality. The EU-debate is an expression of this distrust.

At the beginning of the year, many had hoped that the government might finally, as we were promised so many times, get Brexit done. At last, we’d have a chance to heal the divisions of the last four years. The Conservative Party’s 80-strong majority promised stability of government if not a conclusion to the years of division. But the hopes of repairing national unity in 2020 have met with spectacular failure.

The culture wars have reached newfound heights. Since Laurence Fox’s fiery display on BBC’s Question Time in January, encouraged along by the death of George Floyd and the rise of Black Lives Matter, British history has been under the microscope. Monuments that haven’t been toppled or defaced have been put under review as have institutions like the Last Night of the Proms. All the while the ‘us’ and ‘them’ of ‘Remain’ and ‘Leave’ drag on, its flames fanned by the row over the internal market bill, the PM’s threat of a ‘No Deal’ exit and a new report outlining the depth of Cambridge Analytica’s involvement in the Brexit vote.

Joining these axes of outrage is the latest fault line to swan into the public sphere – the coronavirus. We are now divided between those demanding an end to a policy of effective economic suicide and the apparent abandonment of the terminally ill and those seeking ever tougher lockdown measures to protect the most vulnerable and the NHS.

At last year’s election, the Labour Party overlooked its socially conservative working base. It ignored fears over Brexit and immigration, calling for a more humane system that would meet the skills and labour shortages in the country. Instead it promised to launch a review into British Imperialism and focused on diversity, social justice and ‘a new internationalism’. It ignored the inherent patriotism and sense of ‘Christian feeling’, of fair play, that Orwell identified in the ‘common man’, in favour of internationalism.

The disillusionment with tradition and our political institutions is writ large in the literature of BLM and climate activists Extinction Rebellion. BLM demand that we defund the police and for a ‘disruption’ of the nuclear family and Extinction Rebellion call for a radically inclusive democracy in the form of a citizens assembly. The old social contract is dead, they say.

While the Conservative party backed Brexit, it has been inconsistent on its support for tradition and intellectual dissent. While the Education Secretary, Gavin Williamson, did sanction universities over restrictions on academic freedom and no-platforming, and Priti Patel did defend free speech, albeit reluctantly, in decidedly neutral statement issued in response to the Darren Grimes investigation. But the Department for Education ban on all content promoting ‘extreme’ political positions’ such as a desire to overthrow capitalism or democracy shows the weakness of the Conservative stance on culture.

Moreover, it has shown little respect for the traditional values. This year alone, it introduced ‘no fault’ divorce and gave Northern Ireland the most liberal abortion laws in Europe. It’s the party that brought Britain its first gender-neutral toilets.

Talk of sovereignty, democracy and the ‘Britain can do it’ optimism paid off in the political battle over Brexit. They need to do the same in domestic policy. Present a case for Britain’s history and traditional values, rather than undermining them. Rather than banning views they disagree with, they should explain their own better.

Worse yet, they risk alienating their own base. At the end of Summer, as part of increasingly severe lockdown rules, they rolled out plans to introduce Digital “ID cards” for the public. It is an astonishing invasion of privacy by a government and party that has traditionally been the supporter of the small state.

Late last month actor-turned-budding-politician Laurence Fox launched the Reclaim Party – which has been given £5 million of funding from pro-Brexit businessman Jeremy Hosking. Already described as UKIP for the culture wars – the anti-lockdown party aims to defend British values, present Britain’s history as a shared heritage and to re-rationalise the national debate.

In an interview with the New Culture Forum early this month, Fox said, the whole point of the ‘Conservative Party is to conserve things’. Having met Tory MPs to discuss the state of national discourse, the actor found them to be perfectly polite but reluctant to act. It simply wasn’t a priority.

The Conservative party mobilised the ‘somewheres’ against the ‘anywheres’ in the Brexit battle but is yet to do so in the culture war. Politically pragmatic to the core, it doesn’t take culture seriously. Unless it provides a clear narrative supporting traditional values and patriotism, it will lose the votes lent to it by the Red Wall and be buried alongside Momentum.