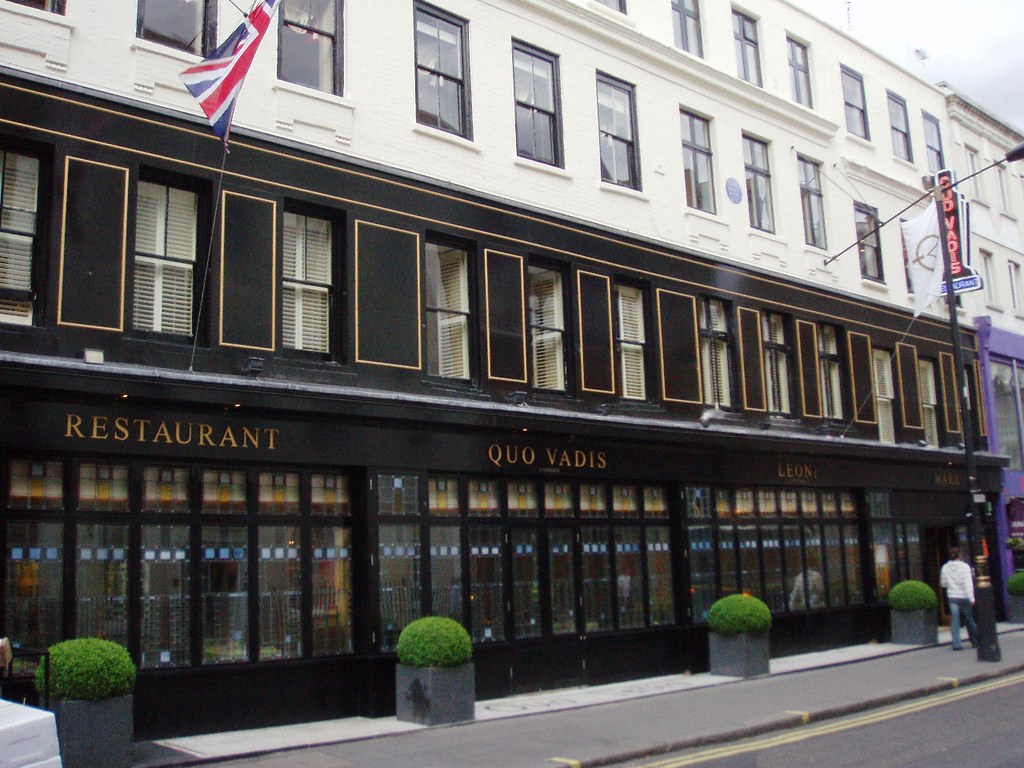 Sadiq Khan tucked into a Dishoom breakfast on Monday morning to mark the biggest step yet in London’s reopening. Yet in doing so he also signalled something far more important: the return of the great political power lunch.

Here are nine of the best London restaurants for politicos to try, from Westminster institutions to spots with more unexpected political connections.

Memorably top-notch food is the priority here, so forgive me for leaving out The Red Lion (though I’ve heard the pies are good).

This refined Indian opened in the old Westminster Library twenty years ago and continues to be a  favourite of MPs and journalists. Surrounded by vast Victorian bookshelves, you’ll feel part of parliamentary history as you schmooze your sources over slow braised lamb leg and watermelon and quinoa salad.

The Gay Hussar on Greek Street was a London icon, frequented by politicians from Aneurin Bevan to the Tory ‘wets’ who plotted to overthrow Margaret Thatcher, but its rudimentary Hungarian food was always pretty infamous. That all changed last year when the site was taken over by Noble Rot and transformed into one of the best restaurants in London. Look out for nods to the Hussar’s legacy: art by political cartoonist Martin Rowson adorns the suite upstairs and the menu has a few Hungarian flourishes, including eggs casino and stuffed cabbage.

Simpson’s in the Strand

Simpson’s became a London attraction in the mid-nineteenth century with its famous meat carving trolleys and rarefied visitors including Gladstone and Disraeli. A century later it was a favourite of Winston Churchill and you can still visit his dining table, which has been preserved next to the fireplace.

According to Jennifer Arcuri, Boris Johnson “screamed ‘Kiss me!…This is my city!” after the pair went for a date at this authentic Italian. But don’t hold that against the restaurant: Ciao Bella is always buzzing. Ideal for catching up with friends or colleagues in central London, as long as you’re up for some jaunty live piano music.

This New York-style brasserie became the centre of the “Colony Grill Room plot” in 2018 when Gavin Williamson was accused of plotting to succeed Theresa May from one of its macho leather booths. An impeccably-grilled Flat Iron steak or veal chop is guaranteed to put you in the mood for blood.

Bellamy’s was the name of the House of Commons canteen: Dickens described the staff when he was a parliamentary reporter. and William Pitt’s dying words were supposedly “Oh, for one of Bellamy’s veal pies.” This Bellamy’s is far newer and altogether fancier (it is known as the Queen’s favourite restaurant) but, if you fancy imitating Pitt, it offers piccata of veal on its old-school French menu.

Tony Blair and Gordon Brown made the pact that would define New Labour at the chic Islington restaurant Granita (apparently Brown had to go and have ‘a proper meal’ afterwards). The premises then became a Tex-Mex called Desperados: a fitting location for a political stand-off. Make time for the nachos, which were deemed the best in London by the Evening Standard.

David Cameron is a patron of this dinky modern-British delight (it’s run by his brother-in-law, Tom Mullion). The candlelit intimacy is a real achievement given its central location. The beef sirloin is divine.

Karl Marx began writing Das Kapital in one of the upstairs rooms of 28 Dean Street, which is now home to another of the great Soho restaurants. When a plaque was unveiled in 1967 commemorating Marx’s residency, the irony was not lost on the then owner, who said: “My clientele is the very best…rich people…nobility and royalty – and Marx was the person who wanted to get rid of them all!”