David Baddiel is wrong – anyone should be able to play Jews 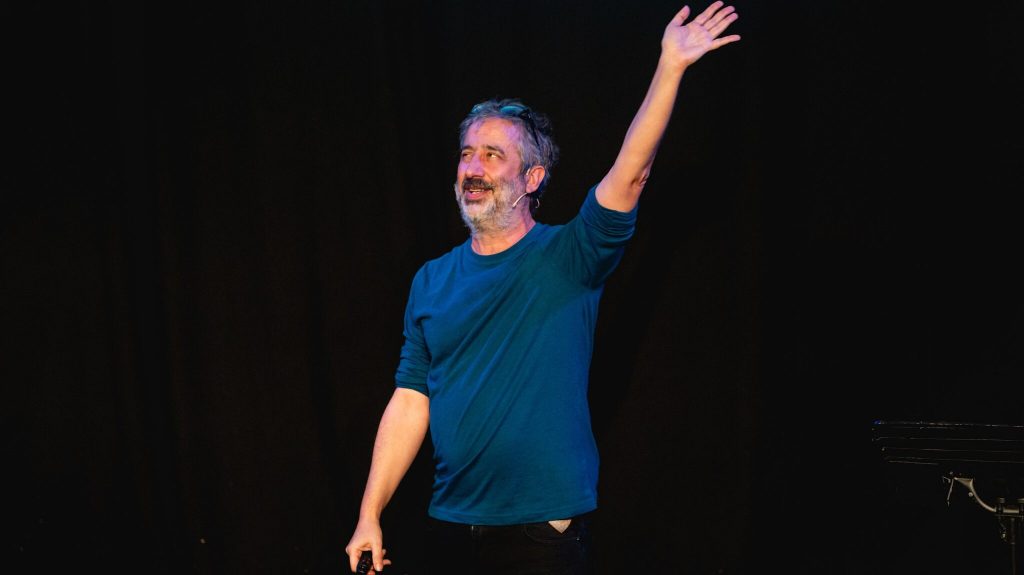 David Baddiel’s polemic Jews Don’t Count has proved surprisingly controversial. He seems to have gone out of his way to rile political opponents – mostly antisemites, and their enablers and apologists.

Rightly so. There will never be a surplus of books lambasting antisemitic hatred or hypocrisy among the darker corners of the political left, which – shock – didn’t vanish when Jeremy Corbyn ceased to be Labour leader. Baddiel is wise to have written this tract when he did and wise in much of what he says in it.

The basic thesis is a convincing one: modern social justice efforts too often exclude Jews because of their (or our: I’m half-Jewish) status as white, and often privileged. Antisemitism doesn’t fall into the category of traditional far-right bigotry expounded by your traditional far-right bigot, Baddiel argues, and is therefore an inevitable blind spot among those who close their eyes to it. Despite being subject to one of the oldest forms of racial hatred, in contemporary debates around representation and which authors or statues we find palatable, Jews don’t count.

It’s a compelling argument, even if as Stephen Bush argued in The Times, Baddiel’s fuzzy conception of “progressives” and his over-reliance on the language of white privilege reveal flaws in his thinking.

What is less convincing is the idea that only Jewish actors ought to play Jews. And for such a wide-reaching argument, Baddiel spends little time fleshing this out – or, it seems, doing his homework. He writes: “As regards the controversial area of minority casting, Jew remains the only minority – and now we’re talking beyond ethnic, to include disabled, trans, autistic and many other categories – where you don’t have to cast the actor in line with the real thing.”

This is flagrantly untrue. Granted, such a statement comes from Baddiel’s attempt to expose hypocrisy on the parts of the progressive-minded as much as he wishes to sincerely engage with the issue of minority casting. But it stings nonetheless. Members of the trans, autistic and disabled communities (among others) fight constant battles to ensure their on-screen portrayals are authentic; that Baddiel is seemingly none the wiser on such issues simply proves that Jews aren’t the only ones for which society casually accepts inauthentic representation.

That laziness gets to a deeper problem of Baddiel not really believing what he is saying, focusing instead on the central goal of illustrating Jewish victimhood in all its forms.  A noble ambition, as I have said and myself attempted to illustrate, but one which would be better suited if it didn’t have to be at someone else’s expense.

Does Baddiel really believe that society erred when Robert De Niro played Sam Rothstein in Casino or David Aaronson in Once Upon a Time in America, or when Ben Kingsley acted tremendously as Izhak Stern in Schindler’s List? Identity isn’t everything. If it was, Jewish actors like Daniel Day Lewis, Joaquin Phoenix, Winona Ryder and Daniel Radcliffe would not have been able to leave the cultural imprints they undoubtedly have. Sometimes, Jewish excellence requires the suspension of exactly the kind of rigid identity-driven casting Baddiel unwisely lends his support to.

Crucially, the plight actors from trans, austistic and other underrepresented backgrounds face doesn’t equate to the reality for their Jewish counterparts. Russell T Davies’ recent comments that gay characters ought to be played by gay actors were interpreted as churlish and shallow, but in the context of straight actors winning successive Oscars for playing gay icons while up-and-coming LGBT performers struggle to assert their identities, he has a point. (Mind you, Davies is wrong for the same reason as Baddiel: Colin Firth’s acting in A Single Man is certainly a positive for gay representation, not a negative, even if we have to put up with the occasional I Love You Phillip Morris.)

Baddiel’s good intentions are undermined by sloppy thinking and poor research. In too many spheres of public life, Jews indeed don’t count. But we should be wary of competing against other minorities who seemingly count for even less, especially if it means depriving Jews of a Robert De Niro performance in the process.