Power, Corruption and Lies: Peter Oborne’s “The Assault on Truth”

In The Assault on Truth, Oborne turns his eye to Boris Johnson, finds Ferdie Rous 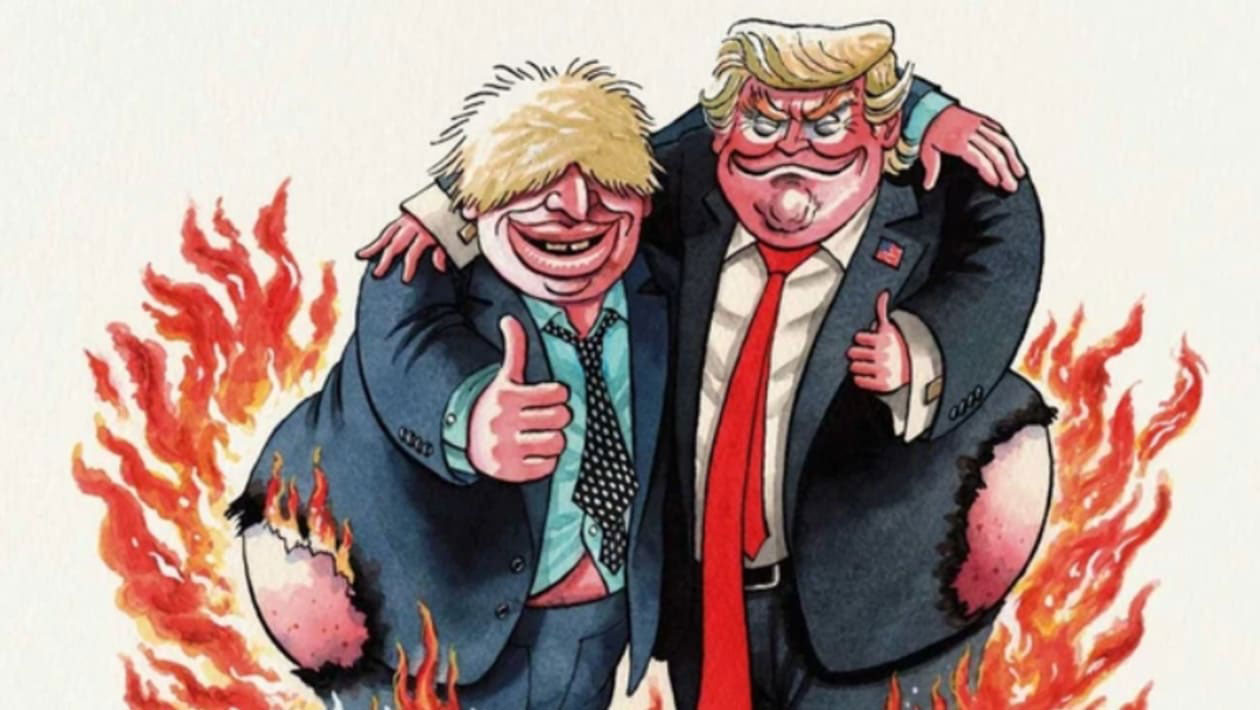 Peter Oborne has long been in the business of exposing political lies. In 2005, he wrote The Rise of Political Lying, which traced the worrying tendency toward deceit which began in the Major years and became a par for the course under New Labour.

In his latest book, The Assault on Truth, Oborne turns his eye to Boris Johnson (and to a lesser degree Donald Trump).

Despite his condemnation of Johnson’s new “nightmare epistemological universe”, Oborne admits to a certain admiration for the man.

While working alongside then-editor Johnson at the Spectator, Oborne notes Johnson’s quick mind and complexity of thought, and calls him “the most brilliant political journalist of his generation.” These semi-decent asides, if anything, sharpen the critique. At times it is like a confession, Oborne showing a sense of guilt for being taken in by Johnson. Hence the sternness of the critique?

Of all the liars that Oborne has encountered in his 30-year career, he writes, “I have never encountered a senior British politician who lies and fabricates so regularly, so shamelessly and so systematically as Boris Johnson.”

Oborne traces Johnson’s relationship with lies from his early days in reporting, detailing the first two seemingly inconsequential fibs that cost Johnson his first job at the Times, to the oft-repeated promise of 40 hospitals during the 2019 election campaign, fastidiously footnoting each as he goes.

Holding to the thesis of his 2005 book, Oborne puts the responsibility for the culture of lying firmly at Blair’s door, and to a degree Clinton’s.

“The left,” he writes, “has a tendency to believe that it is uniquely virtuous, and that this special virtue gives it a privileged relationship with the truth.”

The dispensation granted by this sense of “noble purpose”, Oborne observes, opened the door to “any successor to do the same out of pure self-interest.”

And “[Johnson],” he writes, “has never needed a noble justification for lying. He lies habitually, with impunity and without conscience.”

But more than the number of lies, Oborne concerns himself with a structure of deceit which ensured that “lying, cupidity and lack of integrity have become essential qualities for ambitious ministers” and has made the media part of “Johnson’s fake news machine”.

He details the government’s use and abuse of Downing Street’s credibility as a source to manipulate media coverage – as in the case of the Yellowhammer papers.

What should have been an embarrassing government leak about the worst-case scenario of a No-deal Brexit was, with the application of some strategic porkies and a compliant press, turned into a gripping whodunnit, smearing Johnson foe Philip Hammond in the process.

In October 2019, he pitched an article detailing the British press’s complicity in the Johnson fake news machine. Rejected by mainstream organs, it was published by openDemocracy. Its publication, Oborne observes, “marked the end of my thirty-year-long career as a writer and broadcaster.

“The mainstream British press and media is to all intents and purposes barred to me.”

While The Assault on Truth is principally a biography of Boris Johnson’s mendacity, it also tells of a new Conservative party totally at odds with the history-conscious group of the post-war era.

The day before the 2019 general election, Peter Oborne denounced the Conservative party as a revolutionary sect in a piece for the Guardian.

Building on that thesis, he illustrates a shift in the Conservative party’s thinking since its capture by Dominic Cummings and Vote Leave.

The previous respect for institutions and tradition has been replaced with a Rousseauian belief in the perfectibility of man.

The attacks on the civil service and the contempt for the principles of political conduct and moral probity – framed in the Northcote-Trevelyan Report, which put a stop to politicians rewarding themselves and their allies – mark a radical transformation in the party, from a historically-conscious body to an anti-establishment project.

The Assault on Truth is a simple, eloquently put case for truth in politics. But can it turn the tide?