Lies, damned lies and a break-in 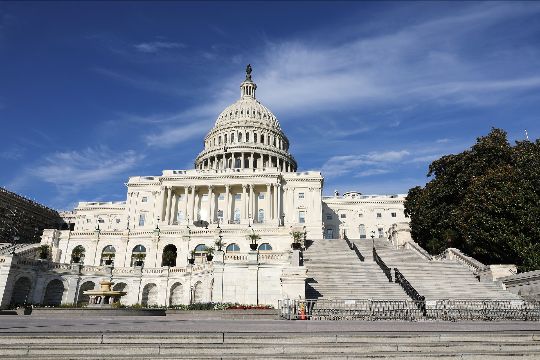 It is funny how things work out, sometimes. I had been wondering what to write my first column of the year about for a few days and thought I’d settled on something by Wednesday lunchtime. I had decided to write about professional consequences, or rather the lack of them, in the context of people like Julia Hartley-Brewer and Allison Pearson.

Week after week and month after month, they downplayed the risks and tragedy of the coronavirus pandemic. Was it for clout, for attention, because they genuinely did not care very much? It is hard to say. In any case, they got it wrong, again and again, and again, and refused to back down.

This isn’t a party political point; simply a matter of caring about facts. When Hartley-Brewer claimed in November “there is no evidence we are in a terrible second wave”, she was not telling the truth. When Pearson tweeted in May that “Corona doesn’t infect children”, she was not telling the truth. They are journalists. It is our job to be factually correct. It feels absurd to even have to type this.

Anyway, this was the column I was going to write, then fascists marched into the Capitol, effectively acting on orders from Donald Trump, and that felt worth mentioning. I remember working on a newsdesk in 2016 and trying to write a piece about the Conservatives supporting Trump, but giving up because apart from a few oddballs, no-one was.

It is no longer the case. In October, Conservative MP Andrea Jenkyns tweeted “#LetsPrayForTrump to get better and win the election”. Around a month before that, Sir John Hayes, one of Jenkyns’ colleagues, posed with the DUP’s Sammy Wilson and Ian Paisley Jr on the parliamentary estate, alongside a “Trump 2020 – Keep America Great!” flag.

In 2018, Jacob Rees-Mogg wrote for the Times about Britain’s future relationship with the US, arguing it was “our national good fortune that the president with whom we will develop this new arrangement is Mr Trump”. It isn’t just politicians, of course; in November, the Spectator published a piece headlined “Trump is right not to concede”.

Earlier that year, academic Matt Goodwin tweeted about his book, in which he “argued that Trump was not a revolutionary fascist but a reactionary populist – catastrophizing about “coups”, “resistance” & “imminent Reichstag fire” was unhelpful”. He has since deleted it.

Again, it feels worth pointing out that this isn’t cheap party political scoring; a Republican congressman tweeted on the day that what’d happened was an “attempted coup”, and several Republican politicians directly blamed Trump for the event. Will any of the people who supported the president and downplayed the danger of his presidency suffer any professional consequences for doing so? Will they be made to explain what they made of the events of January 6? I’m not holding my breath.

As we watched men wearing Nazi clothing march into the offices of US senators, we wondered how things had got to that point. Will something like this ever happen on our shores? Perhaps not, but best be cautious. Letting people get away with constant lying and blind support for repugnant figures may not seem like much, in the grand scheme of things, but now we know where it can lead.