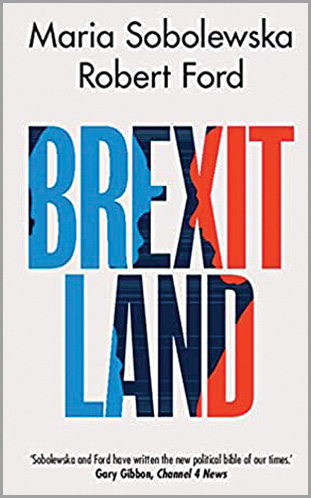 Brexitland: Identity, Diversity and the Reshaping of British Politics, by Maria Sobolewska and Robert Ford, reviewed by Damian Collins

To understand why Britain became Brexitland, you need to look at it not as a single event, but as part of an ongoing cultural war between increasingly entrenched movements in our society. The evolution of this struggle between ‘identity liberals’ and ‘identity conservatives’ over decades has now become the defining fault line in our politics, and will be central to future battles, replacing historic party affiliations linked to class background or income. This is the message from a thought-provoking new work by the University of Manchester political scientists Maria Sobolewska and Robert Ford. If this was a retelling of Animal Farm, the pigs, cows and hens would have risen up against Mr Jones, not in reaction to bullying and exploitation, but because of his patronising manner and plan to replace them with imported alpacas and a production centre for vegan ready meals.

Politicians argue about the direction of the country, later historians argue about why they made those decisions, but in Brexitland, Sobolewska and Ford base their analysis on two indisputable facts that make Britain a different place now than it was fifty years ago. These are ‘the transformational processes of university expansion and rising ethnic diversity driven by mass immigration.’

In Brexitland the liberals are university educated, embrace multiculturalism, globalist in outlook and more likely to have moved away from the community where they grew up. The conservatives on the contrary believe that the changes we have seen in society have left them poorer, marginalised and ignored. As Brexitland notes, ‘While economic divisions and resentments also exist among such voters, qualitative research makes abundantly clear that such voters’ accounts of their grievances constantly mix economic concerns together with identity attachments and cultural arguments.’ The American sociologist Arlie Hochschild also observed in her 2016 book Strangers in Their Own Land: Anger and Mourning on the American Right that these identity conservatives feel they are waiting in line to reach their dream, but not only is the queue not moving, other people are being introduced into it ahead of them. This perceived reality is the cause of considerable resentment between identity conservatives and liberals.

Sobolewska and Ford have marshalled an impressive array of academic research as well as polling and voter analysis as evidence to support their case, and this provides the structure for the book. Anyone interested in understanding the substantial academic research that has been conducted into the changing attitudes and priorities of the electorate will find Brexitland invaluable. Personally I would have liked to have seen analysis of the impact of social media on increasing political polarisation, a subject which isn’t covered in Brexitland. In fact the word internet does not appear in the book, other than as a reference to the ‘British Election Study internet panel’. Research in America, for example has analysed the role of social media in the ‘Great Awokening’ of the liberal left, and the spread of conspiracy networks like QAnon would have been impossible without Facebook and Twitter. Yet Brexitland is a book about what people think, rather than how they’ve come to believe it.

Sobolewska and Ford believe that the culture war will continue beyond Brexit, but that changes in demographics in the coming years will tilt it in favour of the liberals. They write that, ‘Every year Britain’s politicians will face an electorate that is a little more diverse and a little more university educated. Every year the ethnocentric electorate of white school leavers will get a little smaller. Such electoral climate change is unstoppable, creating unavoidable dilemmas for political parties.’ We have already seen how this dilemma divided the Labour Party between its metropolitan liberal supporters in London, and voters in its former ‘red wall’ heartlands in the north of England. Brexitland offers no easy remedy for Keir Starmer, stating that ‘as long as polarising identity conflicts remain salient, it is not obvious how the party can appeal to one of these groups without antagonising the other.’

The financial shock caused by the coronavirus may, out of necessity, make economic policies once again the dominant factor in elections for the foreseeable future, but the cultural conflicts detailed in Brexitland will influence how people respond to events as well.