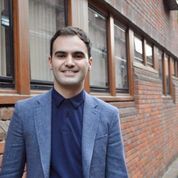 Matt Zarb-Cousin is a former gambling addict who has become a pioneer activist in the field. A former spokesperson for Jeremy Corbyn, Zarb-Cousin has worked with figures as influential as casino businessman Derek Webb – whom he ran the successful Campaign for Fairer Gambling with, catalysing a legal change in the stake level at fixed-odds betting terminals (FOBTs) in 2019. Zarb-Cousin has since been involved in various groups such as Clean Up Gambling (where he is director), the Campaign Against Gambling Ads (where he is spokesperson), Gamban (where he is co-founder of the software which blocks gambling-related sites from computers) and he is currently working with the Football Index Action. He is a regular contributor to the media and columnist for The Guardian.