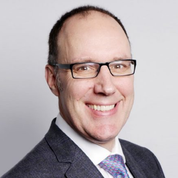 John White is CEO of Bacta, a campaigning organisation which represents the UK’s amusement and gaming machine industry at the highest political level working to create a positive environment for business. In seven years of White’s leadership of Bacta, membership has risen to its highest in a decade, the organisation has rebranded, celebrated its contribution to the successful campaigning result against FOBT stake levels and expanded its role as an advocate for an evidence-based approach to incoming government legislation. The past year has seen Bacta conduct its submission to 2021’s Gambling Act Review, led by the Gambling Commission and government. Bacta also liaises with other stakeholders to maximise opportunities by presenting a united front. White initially joined Bacta as deputy CEO serving from 1989 to 2001, after which he left the organisation to serve as director and then CEO of the Federation of Bakers and the Timber Trade Federation, respectively.