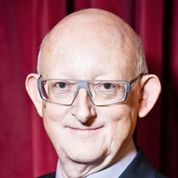 Derek Webb is a former international poker player, businessman and is the inventor of Three Card Poker; a game that is played worldwide on casino tables. After retiring from a hugely successful career in the industry in 2011, he is now a campaigner and expert in understanding gambling content and gambler behaviour. He founded and funded the Stop the FOBTs and the Campaign for Fairer Gambling (CFG). Within the CFG, Webbs formed a somewhat unlikely partnership with Matt Zarb-Cousin (a former Corbyn-era Labour spin doctor) to create a politically powerful partnership that campaigned against fixed-odds betting terminals (“the crack cocaine of gambling”) for ten years before achieving its objective in 2019: a legal cut in the maximum stake from £100 to £2 per spin. Webb has also funded Gamban, the leading provider of remote gambling self-exclusion software, provided legal support for ex-Ladbrokes whistle-blowers and also the charity Gambling with Lives, made significant donations the APPG on FOBTs and gambling related harm and contributed to creation of policy outlines for a new Gambling Act. In a Financial Times interview, Webb said: “I want to fight where I can win”, suggesting his next battle may be against online gambling harms.