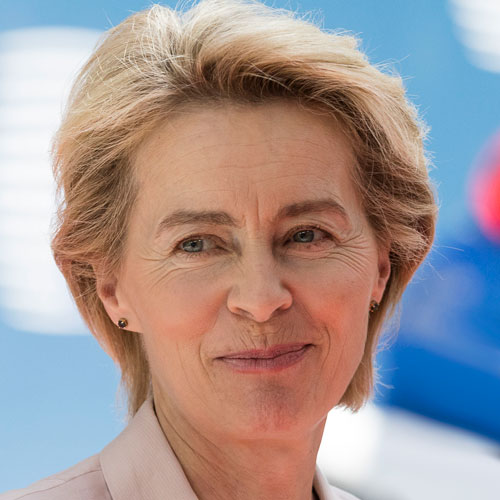 The first female President of the European Commission, Ursula Von der Leyen, began her political career in Hanover, Germany as a member of the centre-right Christian Democratic Union. Becoming Deputy Leader from 2010 until her appointment to the Commission in 2019, Von der Leyen helped then-leader Angela Merkel move the party to the political centre-ground. Nicknamed “Zensursula” after some factions viewed her advocacy for a mandatory block on child pornography as censorship, Von der Leyen’s parliamentary career was notably driven by her interest in gender equality – she proposed increases in childcare provision, mandatory women’s quotas on company boards and a national minimum wage. Her performance as President of the European Commission, quickly tested by the onset of the Covid-19 pandemic, has been confident; she was quick to roll out a 1.82 trillion Euro recovery package. Her Green Deal – described by Von der Leyen as “Europe’s man on the moon moment” – has been rather more controversial. Whilst it sets the ambitious target of carbon neutrality by 2050, Von der Leyen’s support for trading arrangements such as the European Union-Mercosur free trade agreement (which it is argued could lead to greater deforestation of the Amazon rainforest) muddy the waters.