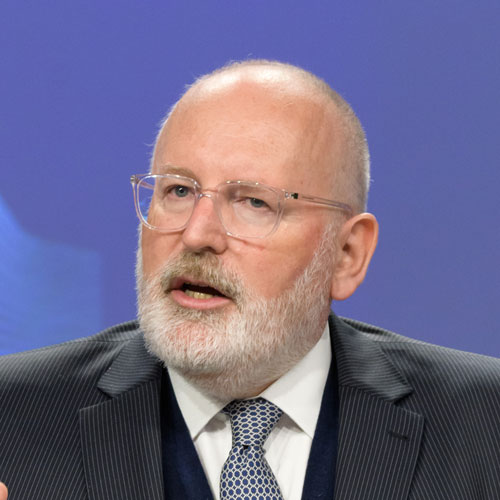 Vice-President of the European Commission since 2014, Frans Timmermans has been described as Jean-Claude Juncker’s “right-hand man”. A Dutchman, fluent in five languages besides his own, Timmermans began his career as a civil servant in the diplomatic service of the Netherlands. A member of the Labour Party, Timmermans became Undersecretary for Foreign Affairs in the 2006 coalition government and was additionally granted the title of Minister of European Affairs. He used this position to lobby for greater citizen oversight of European policies, and successfully advocated for an increased role for national parliaments in European decision-making, influencing the Treaty of Lisbon. He later became both Parliamentary Spokesperson of the Labour Party for Foreign Affairs and European Affairs, as well as Minister of Foreign Affairs. Now, serving in the Von der Leyen Commission since 2019, Timmermans oversees the European Green Deal and Climate Action. He is passionate about the need for change in the face of the perceived climate emergency, calling this the “make-or-break decade” and emphasising – as he told The Guardian – the “obligation” not to “fail our children and our grandchildren”.