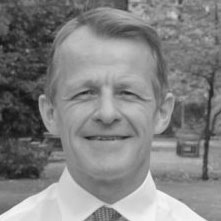 David Laws became the executive chairman of the Education Policy Institute in 2015, an independent, impartial and evidence-based research institute that aims to promote high quality education outcomes for all children and young people, regardless of social background. The organisation was previously known as CentreForum and was popular with the Coalition government. The think tank published a study in 2019 which showed that for the first time in eight years, the attainment gap between poorer secondary school students and their better-off peers had not decreased, sitting at 18.1 months. Laws was previously The Liberal Democrat MP for Yeovil from 2001 until 2015, when he lost his seat. He served in a number of positions in the Coalition government including as schools minister from 2012-2015, where he oversaw the introduction of several reforms, including the introduction of the pupil premium. Laws was an economic advisor to the Liberal Democrats before becoming an MP and was director of policy and research from 1997 to 1999. Prior to politics, he had a career in investment banking, working as a vice president at JP Morgan from 1987-1992.