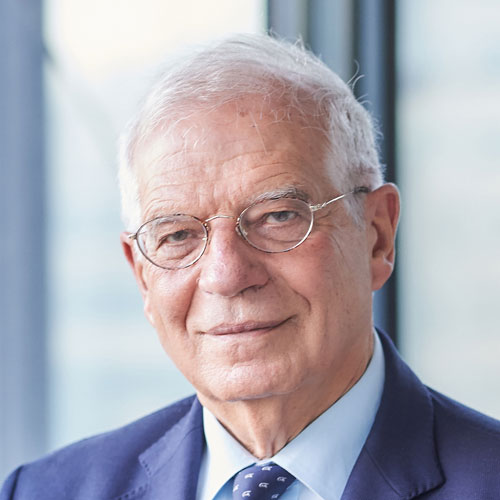 A Stronger Europe in the World

Catalan Commissioner Josep Borrell Fontelles coordinates the EU’s external action and works to ensure progress towards a European Defence Union. A professor of mathematics, he entered politics in the 1970s as a member of the Spanish Socialist Workers’ Party, during Spain’s transition to democracy. He held a number of positions in government, including General Secretary for the Budget and Public Spending, Secretary of State for Finance (in which role he oversaw Spain joining the European Economic Community), Minister of Public Works and Transport and Minister of Foreign Affairs. An outspoken opponent of Catalan independence, Borrell Fontelles has spoken of his “duty” to find “common ground” in the constant “battle of narratives”. He is a proponent of multilateralism, particularly in the wake of the pandemic, and has released a document called “Joint Communication on Strengthening the European Union’s contribution to rules-based multilateralism” – or as he puts it “Why multilateralism matters”. Borrell Fontelles was recently at the centre of a small scandal surrounding his 2021 visit to Russia, in which Sergey Lavrov, Foreign Minister of Russia, called the European Union an “unreliable partner” – 70 MEPs called for his resignation.