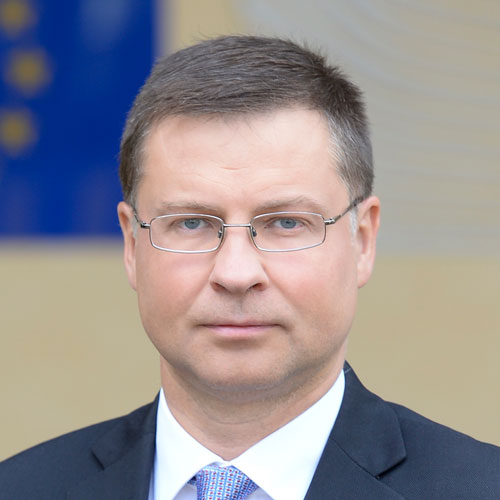 An Economy that Works for People

Ex-Prime Minister of Latvia, Valdis Dombrovskis, joined the European Commission in 2014 as Vice-President for the Euro and Social Dialogue. His success as Latvian Prime Minister (from 2009 to 2014) – his budget austerity is credited with enabling Latvia to join the Euro in 2014 – was marred by his eventual resignation in the light of the tragic collapse of a shopping centre roof, which killed 54 people and was blamed on a lack of regulation in the construction industry. His current role in the Von der Leyen Commission – which now includes the additional job of Commissioner for Trade – sees him at the forefront of the post-pandemic economic recovery plans. He has expressed hope in the wake of Covid-19, stating that the “economy is forecast to rebound somewhat faster than previously expected”. He has also shown an interest in gig economy operators such as Uber and Airbnb, presenting a proposal to make such operators responsible for themselves reporting to tax authorities about business on their platforms.