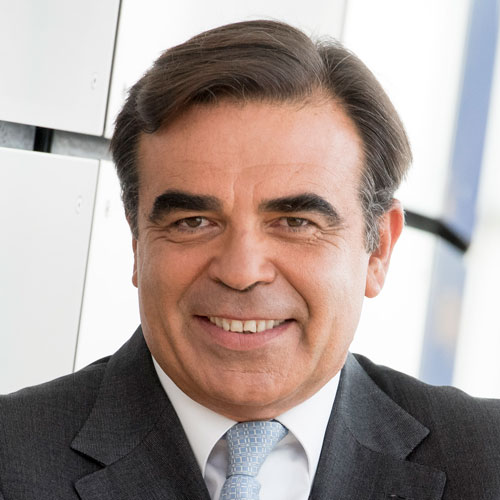 Promoting Our European Way of Life

A member of the Greek New Democracy Party, Margaritis Schinas worked as a eurocrat before becoming an MEP in 2007. During this time he was a member of the Committee on Budgets, before he became Deputy Director of the Bureau of European Policy Advisers (2010), Director at the Commission’s Directorate General for Economic and Financial Affairs (2013) and eventually Chief Spokesperson of the European Commission (2014-19). With a title that previously used the word “Protecting” (as opposed to “Promoting”), Schinas had a tricky job ahead of him, made more difficult by thousands of migrants from Morocco arriving in the Spanish enclave Ceuta in 2021. He remained steadfast, however, saying “No one can blackmail the European Union”. With a strong interest in migration and internal security, Schinas will have to tackle the task of the new Pact on Migration and Asylum alongside his mission to increase the accessibility of education throughout Europe.