The right to survive climate change

MAHIBADHOO, MALDIVES - DECEMBER 17: Concrete blocks are placed along the shoreline to try and prevent further coastal erosion, on December 17, 2019 in Mahibadhoo, Maldives. The Maldives is the worlds lowest lying country with a highest natural point of just 2.4 meters above sea level. As well as an increasing population, the nation faces a number of problems caused by climate change including rising sea levels, unpredictable weather, a shortage of drinking water, coastal erosion and declining fish stocks. With no rivers or streams on any of the islands, Maldivians have traditionally lived from fishing and except for Male and a handful of other islands, most islands rely on rain for drinking water and, increasingly, bottled water brought in from other islands. (Photo by Carl Court/Getty Images)

In climate change diplomacy, the representatives of Small Island Developing States (SIDS) have always found allies in conservationists, technical experts and environmental scientists. We are the frontline in the fight to save our planet and through decades of declaiming empirical evidence and irrefutable facts, the cold reality of our predicament is now dawning upon humanity.

Time and time again, I stand at podiums and lose myself in the eyes of a member of the audience coming to terms with that reality. I walk into rooms where researchers and scientists offer commiserations, lamenting how my people are endangered, and stating outright that it is too late for my people and my nation. They graciously commend me for lending weight to a fight that cannot be won; for the simple reason that winning would entail a monumental effort, unrivalled in human history. I believe we have the capacity to mount that effort.

In 1987, the Maldives became the first nation to speak of climate change, and share scientific evidence of its impact, at any multilateral forum. Although we were met with scepticism then – and face similarly regressive attitudes in today’s world – every nation currently in existence recognises the inherent threat climate change poses.

As the lowest-lying nation on earth, the Maldives not only played a key role in bringing the climate crisis to light, but also in mobilising island nations to rally against it. We created SIDS as a category, the Alliance of Small Island States (AOSIS) as a negotiating group and were relentless in our advocacy. We led the charge, and we changed the world.

It was one of the greatest honours of my life to have represented SIDS and other developing nations, and to have helped chair AOSIS, a coalition of 44 small island and low-lying coastal developing states that negotiate as a bloc at the United Nations on climate change, sustainable development, and ocean issues. It was an honour to have led teams that negotiated global frameworks, including Sustainable Development Goals (SDGs) and the Paris agreement. It is an honour to be part of a movement that not only brings the world together in understanding the threat we face from the adverse effects of climate change, but also a movement that seeks to usefully address these effects.

Despite three decades of advocacy by the Maldives and our allies, the climate response we have is fundamentally flawed in its blatant neglect for fundamental human rights. Although climate diplomacy has evolved through the UN system, the three pillars of the United Nations (security, development and human rights) are not at the core of the United Nations Framework Convention on Climate Change (UNFCCC) process. Although SIDS have been catalysts, our ability to influence the process is often limited. Our vulnerability and the disenfranchisement of our most fundamental rights by the adverse effects of climate change have been the impetus for our activism on the climate, and therefore its now subsequent universal acceptance. But the notion of rights has been largely ignored within the process.

The adverse effects of climate change directly impact our right to survive. They impact our rights to thrive, including our rights to safe water and sanitation, food, health, housing, self-determination, culture and development. The impact upon our rights will exponentially increase with every rise in global temperatures, and yet still a rights-based approach is not part of  the UNFCCC process. Indeed, a human rights-based approach is long overdue and pivotal if we are to meet the monumental challenge facing humanity.

With the Maldives’ constitution guaranteeing the right to a “healthy and ecologically balanced environment”, our diplomats spent years attempting to formalise a rights-based approach to climate change, culminating in the integration of human rights in the preamble of the Paris agreement. In this document we also see a recognition of sustainable development frameworks, including SDGs, indicating a tacit acceptance that longevity and sustainable solutions are only possible through adopting a holistic approach towards climate action.

However, we continue to see a wilful refusal of nations, especially developed nations, to adopt a rights-based approach to address the adverse effects of climate change.

It is not a coincidence that the third pillar of the United Nations is “human rights” and that the third pillar of climate diplomacy is “loss and damage” (following mitigation and adaptation). Loss and damage account for the adverse effects of climate change that go beyond our ability to implement even enhanced adaptation measures, and often represent a direct and measurable infringement upon the rights of affected populations, especially on lives and livelihoods.

The Green Climate Fund (GCF) was established to raise $100bn USD from developed nations every year from 2020 onwards for mitigation and adaptation programmes. However, the process to determine how to address loss and damage as a direct result of the actions of developed nations has yet to produce tangible options for redress. In fact, meeting existing commitments, including the raising of that $100bn for the initial 2020 year, has fallen substantially short of its target. 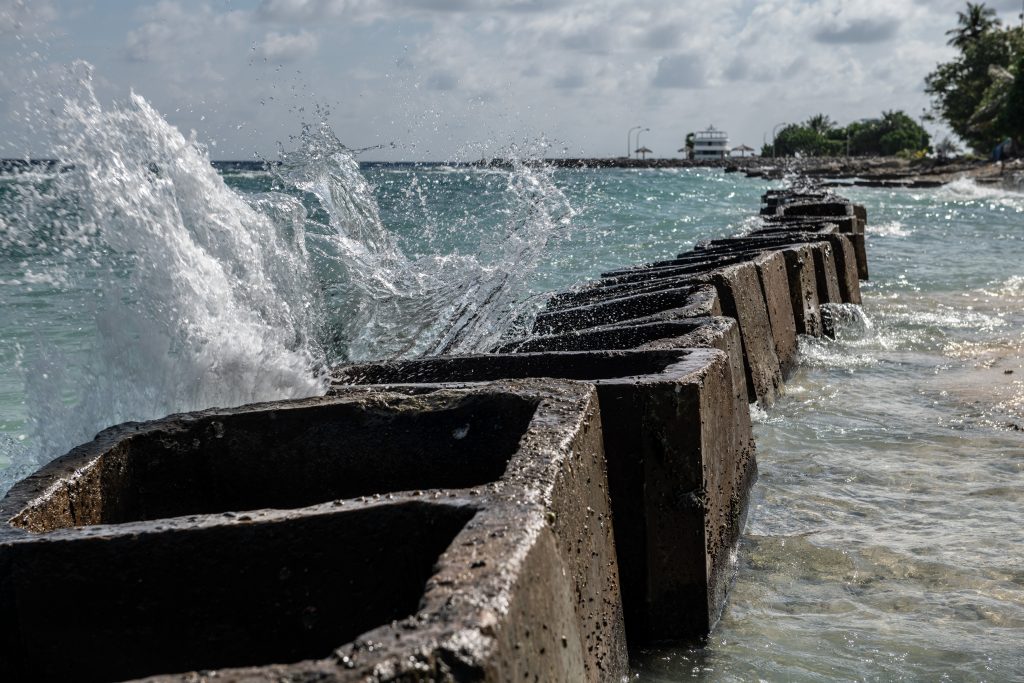 Rights-based language will add another layer of obligation on to the world’s biggest emitters, with SIDS being acknowledged as rights-holders, entitled to the right to survive and thrive, in spite of a century of industrialisation and environmental degradation.

The ideals espoused throughout the multilateral system, to protect those who are most vulnerable or marginalised, and to ensure that no one is left behind, will be integrated into policy formulation and upheld across the spectrum of those enforcing climate justice.

Climate action is inherently tied to the promotion and protection of human rights. It is past time that the UNFCCC incorporates human rights at all levels and adopts a rights-based approach towards future negotiations, beginning with  Cop26. This perspective is in-keeping with the Nationally Determined Contribution (NDC) framework, where each nation, as duty-bearers towards not only their people but the people of the world, create increasingly ambitious, legally binding targets for reducing greenhouse gas emissions.

If we recognise the inherent linkages evident and utilise a rights-based approach as a vehicle towards formalising those linkages and recognising our commitment to address climate change, this will mobilise greater ambition in the lead up to Cop26. We can galvanise enough ambition to not only turn the tide, but right the ship as well.

In spite of those rooms full of melancholy scientists, neither my people nor I will go gently into that good night. We do not accept that the task before us is beyond our ability to rise to the occasion. With every breath and every letter, we make history and revive the fate of humanity.

Jeffrey Salim Waheed is a former Deputy Minister of the Maldives and was a key diplomat leading the group of Small Island Developing States (SIDS) at the United Nations, responsible for several global frameworks, including the Paris Agreement and Sustainable Development Goals. He is also president of the SEAS Institute, which is focused on supporting and progressing SIDS.