Ever wondered what MPs are really thinking? Here’s a preview of the Westminster Index, where we’ll be profiling everybody who’s anybody 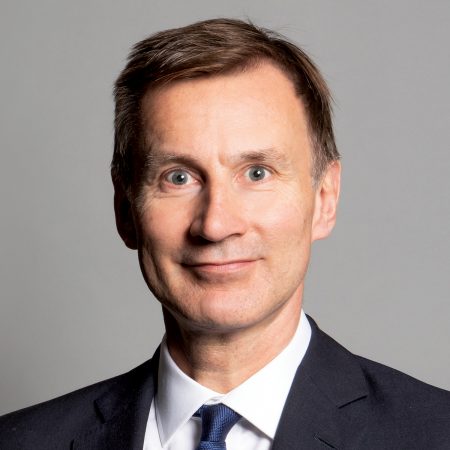 The UK’s longest serving Health Secretary, Hunt was Foreign Secretary for a year before losing the 2019 leadership election to Boris Johnson. He is now forging a combative reputation as chair of the health select committee, accusing Sage of handing out the wrong advice at the start of the Coronavirus pandemic.

Which foreign affairs issue is of most concern to you, or overlooked? The rise of China and the risks of a new Cold War.

Who inspired your entry into politics? Margaret Thatcher and William Wilberforce.

Any literature that has influenced your choice of career? Ralph Waldo Emerson’s saying ‘Do not go where the path may lead, go instead where there is no path and leave a trail.’

Which MP from a different party do you most enjoy working with? Norman Lamb when we worked together on mental health.

Covid-19 aside, what’s the most challenging local crisis you have had to deal with since being elected an MP? The potential closure of the Royal Surrey County Hospital in my first term as MP – I learned there is nothing, literally nothing more important to local communities than the future of their local health services.

If writing a local guidebook, which walks, museums, or other local attractions would you recommend? Walks along the Greensand Way near my home in Hambledon followed by a drink at the Merry Harriers.

What do you predict will be the most important issue, or legislation, coming before your Committee(s) in the next few years? The government’s bill on the future of the NHS.

How has your experience of Committee work influenced your political outlook? Perhaps I have become more balanced!

What entertainment do you enjoy on a free evening? Boxsets I’m afraid: on Netflix I loved Ozark and Money Heist.

Favorite piece of music? I just love the second movement of Beethoven’s Piano Concerto No 5 – the calm that is so often missing in politics!

What media do you regularly read or listen to? All of it – alas. But my No.1 favourite is the Today Programme which has become an institution in itself and a vital part of our democracy.

Best, or most memorable, speech you have witnessed in the Chamber, and when? Hilary Benn’s remarkably brave and powerful speech supporting air strikes in Syria in 2015.

Best media moment of your political career? Debating against Boris in the ITV debate in the Conservative leadership campaign 2019.

Most disappointing moment in the Chamber? Being subject to an opposition day debate when I was wrongly accused of lying. 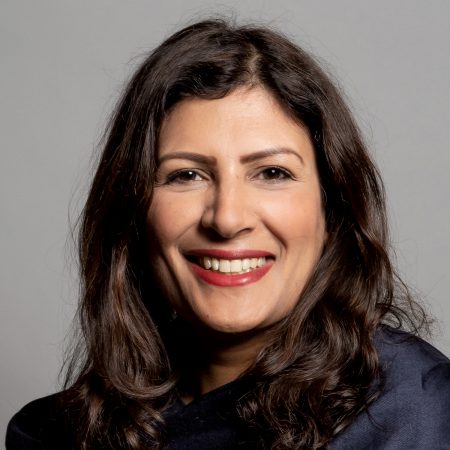 Preet Gill was elected in 2017, continuing the run of female MPs for Birmingham Edgbaston since 1953.  She supported the People’s Vote Campaign for a Second Referendum on EU membership and has voted for more EU integration forty-four times since 2017. She supported Kier Starmer in the 2020 Labour leadership election, and in April 2020 was appointed as Shadow Secretary of State for International Development.

What is your proudest political achievement to date? My work around road safety. In particular my work with those who lost family members in road traffic collisions in Birmingham.

Which domestic policy issues are of most concern? Investment in Early Years is lacking. There is also not enough youth provision. Since 2010, at least 760 youth centres have closed across the country.

Which foreign affairs issue is most overlooked? We cannot continue to turn a blind eye to British-made weapons being used to target innocent civilians. Instead, we must use our global influence and our position on the UN Security Council to build relationships to push for peace and protect global citizens.

Who inspired your entry into politics? Growing up, my father was a huge inspiration to me. He taught me the importance of giving back to your community and helping others. He was supportive of my ambition to become the UK’s first female Sikh MP, but he sadly died in 2014 before I was elected.

Favorite books? The Alchemist by Paulo Coelho, The Prophet by Kahlil Gibran, and On the Road by Jack Kerouac.

What’s the most challenging local crisis you have had to deal with? Rising crime and cuts to policing are always the top issues when I speak to constituents. 2,000 officers have been cut in the West Midlands alone over the past decade.

What would you put in the guide book for your constituency? My favourite pub is The Plough in Harborne. The Harborne Walkway linking the beautiful Edgbaston Reservoir with my constituency is a lovely walk. The Botanical Gardens is a must see.

What entertainment do you enjoy on a free evening? The dinner show on Jazz FM.

Favourite music? I listen to a wide variety of music from Indian to jazz to hip hop. I find it a relaxing way to switch off and reflect.

What has that APPG accomplished which you are most proud of? Being Chair of the APPG for Mentoring and seeing the powerful impact mentoring can have on young people. 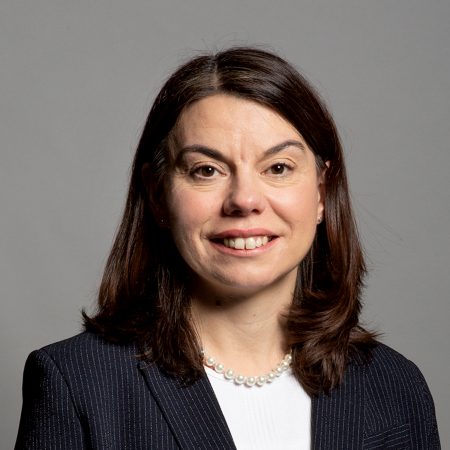 An MP since the December 2016 by-election, Sarah Olney won with a majority of 1,872 votes, taking over from Zac Goldsmith, and Olney narrowly lost her seat to Goldsmith, who stood as the Conservative candidate. She won it back in 2019, after a stint as Chief of Staff for Vince Cable. Olney is currently the Liberal Democrat Spokesperson for Transport, for Business and Industry, and for Energy and Climate Change.

What is your proudest political achievement to date, both at a constituency and national level? Winning the Richmond Park by-election, December 2016, 18 months after first joining the Liberal Democrats.

Which domestic policy issues are of most concern to you? Access to housing and education, improvements to air quality, tax reform.

Which foreign affairs issue is of most concern to you? Global education of women and girls.

What book or poem has influenced your choice of career, and what do you think your choice reveals about your personality? A Room of One’s Own – Virginia Woolf. It opened my eyes to the way that women are routinely treated as less important than men, and how that treatment shapes their own expectations.

Which MP from a different party do you most admire? Meg Hillier, Chair of the Public Accounts Committee.

Favourite spot in Westminster? Terrace Cafeteria – for the salad bar.

Covid-19 aside, what’s the most challenging local crisis you have had to deal with? Gas cut off for ten days to 1500 households. I learned it was important to keep in touch and communicate to constituents.

How has your experience of Committee work influenced your political outlook? It’s given me a great deal of insight into the interaction between political policy-making and civil service implementation.

What entertainment do you enjoy on a free evening? Mostly television and films. Loved Normal People and 1917 recently.

What media do you regularly read or listen to? Radio 3, New Statesman Podcast, London Review of Books.

Best, or most memorable, speech you have witnessed in the Chamber, and when? Ken Clarke’s contribution to the Article 50 debate, January 2017. 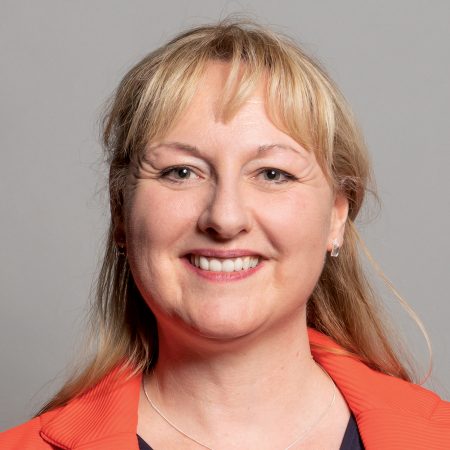 Lisa Cameron had been an SNP member for less than a year when she was elected MP for East Kilbride, Strathaven and Lesmahagow in 2015. An expert in clinical psychology, she believes that it is important to consider the role of psychology in health, education and occupational aspects of policy.

What is your proudest political achievement to date, both at a constituency and national level? Being Named Parliamentarian of the Year 2019 by Sense, the disability charity.

Which domestic policy issue is of most concern to you? Mental Health.

Which foreign affairs issue is of most concern to you, or overlooked? Freedom of Religious Belief.

Who inspired your entry into politics? Margo Macdonald.

What book or poem has influenced your choice of career? William Blake Songs of Innocence & Experience. I am interested in human growth.

How has your experience of Committee work influenced your political outlook? Cross-party working is often very positive and gives breadth of perspective.

Which MP from a different party do you most admire or enjoy working with? Valerie Vaz.

What do you predict will be the most important issue, or legislation, coming before your Committee(s) in the next few years? Impact of Covid19 on people with disabilities as Chair of the APPG Disability.

What’s been your most effective accomplishment in Committee work? Raising the profile of/aid for disabled people on the International Development Committee.

If writing a local guidebook, which walks, museums, or other local attractions would you recommend? The old village East Kilbride is a centre-point of the town, in Strathaven and Lesmahagow there are lovely walks within rural South Lanarkshire.

Which local charities do you have a particular connection with? Loaves & Fishes a charity for homeless people in East Kilbride run by Denis Curran MBE.

Is there a particular APPG you have been able to express your interests with? What has that APPG accomplished which you are most proud of? APPG Dog Welfare where I spearheaded Lucy’s Law. 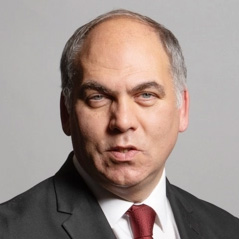 The first MP with two Cypriot parents to be elected to the Commons, Bambos Charalambous has been the Labour MP for Enfield Southgate since 2017. He grew up in the Enfield area, joined the Labour party at the age of 16 and stood for parliament unsuccessfully on three previous occasions – for Epping Forest in 2005, and for Enfield Southgate in 2010 and 2015 before he was finally elected.

What’s your favourite book? A Christmas Carol by Charles Dickens, And Still I Rise by Maya Angelou.

Which MP from a different party do you admire? Ben Lake, from Plaid Cymru.

Favourite music? Live music, such as Happy Mondays at the Roundhouse, Camden. Also the soundtrack to Les Miserables.  I just like the songs.

Most important Select Committee work?  During COVID-19, I was proud of how our Procedure Committee extended proxy voting.

Any APPG work you’d like to highlight? Watch out for the work of the APPG on Future Generations on long-termism!

Which domestic policy issues do you think are overlooked?  Proper funding of palliative care.

Which foreign affairs issue is of most concern to you, or overlooked? Cyprus, the treatment of the Kurds, breaches of international law generally.

Best media moment? The Today Programme, talking about my PMB on Palliative Care.

Most disappointing Chamber moment? Not getting called to speak after a long wait.