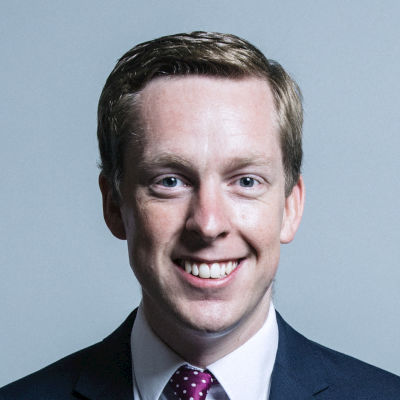 Member of Parliament for Corby
10268
Majority

Tom Pursglove has been the Conservative MP for Corby since 2015. While at university, he became the youngest councillor in the country, being elected to represent Croyland ward on Wellingborough Borough Council at the age of just 18. While a councillor he worked as a parliamentary assistant to MPs Chris Heaton-Harris and Peter Bone. He also went on to serve as deputy chairman of the Wellingborough Conservative Association. At the 2015 general election, he was elected as the MP for Corby, taking the seat back from the Labour Party with a majority of 2,412. Pursglove is a Brexiter and helped set up Grassroots Out, a cross-party campaign for leaving the European Union in 2016. This campaign was backed by Nigel Farage as well as other key figures such as Labour MP Kate Hoey. . In 2018, he was appointed by Theresa May vice chair of the Conservative party for youth, but resigned from the position in January 2019 to vote against May’s withdrawal agreement. Following the election of Johnson as leader of the Conservative Party in July 2019, Pursglove was appointed as an assistant government whip, a position he continues to hold.