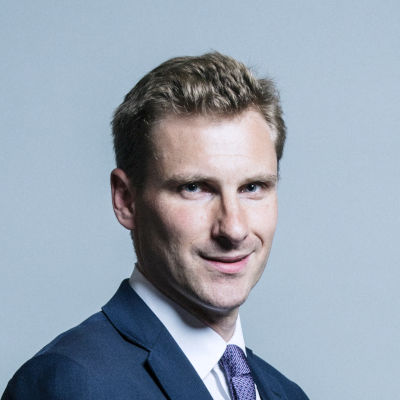 Chris Philp is the minister for London, the parliamentary under-secretary for justice and the MP for South Croydon since 2015. Philip worked for McKinsey and Company and later co-founded Blueheath Holdings, Pluto Finance and the charity the Next Big Thing. He was recognised for his work, being awarded London’s Emerging Entrepreneur of the Year by Ernst & Young and The Times in 2003. He was also named as CBI’s Entrepreneur of the Future in 2005. Phlip chaired the conservative think tank, Bow Group, between 2004 and 2005. He began his political career as a councillor for Gospel Oak on Camden Council, defeating the Labour leader of the council at his election in 2006. After his election to the Commons, he joined the Treasury Committee, and became the parliamentary private secretary to Sajid Javid, who he later backed in the 2019 Conservative leadership election. His connection to business has influenced his career as MP, having led a campaign to cut business rates for small businesses. His efforts were successful and his policy featured in the 2018 Autumn budget, for which the then chancellor, Philip Hammond, personally thanked Philp.