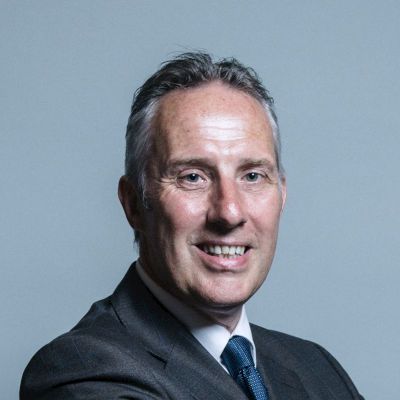 Ian Paisley Jr was first elected as the DUP MP for North Antrim in 2010. Born in Belfast, Paisley Junior is the son of the late Reverend Ian Paisley, founder of the DUP. He read Modern History and Irish Politics at Queen’s University Belfast before going on to work for his father as a parliamentary aide and researcher. In 1996, he was elected to represent North Antrim on the Northern Ireland Forum, the representative body formed in the run up to the Good Friday Agreement. Following the agreement, he was elected to the Northern Ireland AssembIy for the same seat in 1998. He spent 13 years on the Assembly, during which he served as a junior minister in the Office of the First Minister and Deputy First Minister under his father and Martin McGuinness. In 2010, after his father stood down as the MP for North Antrim, Paisley was elected as his successor, holding the seat with a majority of 12,558. Following his election, he joined the Northern Ireland affairs committee and became the party’s shadow spokesperson for the environment and for work and pensions. In 2018, Paisley was suspended from parliament and the party after breaking advocacy rules when he received hospitality from the Sri Lankan government on a trip. Paisley campaigned for Brexit, but was vocally against both Theresa May’s and Boris Johnson’s withdrawal agreements in keeping with the rest of his party. Paisley was re-elected in 2019 with a reduced majority of 12,721. He is currently the DUP’s culture and housing spokesperson.

What is your proudest political achievement to date?

Getting elected and keeping my seat on 4 occasions and speaking up for the most vulnerable – the unborn life.

Can you identify any historical figure(s), or mentor, who inspired your entry into politics?

My parents for sure. Sir Edward Carson and Keir Hardie.

Is there a piece of music that is especially meaningful to you?

I enjoy all types of music, but Son of Preacher Man has particular resonance.