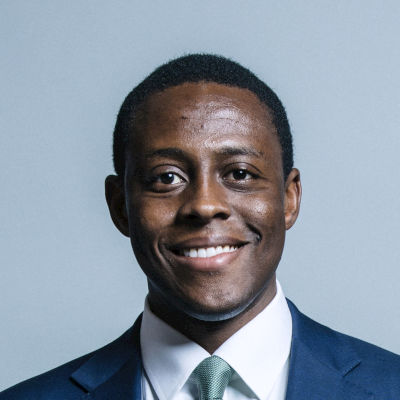 Member of Parliament for Hitchin and Harpenden
6895
Majority

Abimbola “Bim” Afolami was first elected to parliament in 2017 as the Conservative member of parliament for Hitchin and Harpenden. After graduating from university he became a political adviser before a stint at the right-leaning Bow Group think tank. In 2018, he was appointed as a PPS to the Department for Transport. Later that year, Afolami joined the Steering Committee of the Constitution Reform Group, the cross-party group, with hopes to develop a new constitutional settlement for the UK to addressing the divisions caused by Brexit. Though he voted remain, he pushed for a tough negotiating stance with the EU. He takes a strong interest in economic policy. Addressing centre-right think tank Bright Blue, in September 2020, he called for a rediscovery of Conservative principles and for an economic policy extending beyond Thatcherism. He has contributed to publications by the Centre for Policy Studies and the Social Market Foundation (on whose advisory board he sits). Afolami also takes a keen interest in the US and China relationship and the future of “giant power” politics.

The economy – and how we reform our tax and regulatory system so that it can grow much much faster.

How would you like to see our political system reformed?

To give MPs more local power within our constituencies.

What was the catalyst for you deciding to enter politics?

Always being obsessed with what was going on in the world. And how to change them.