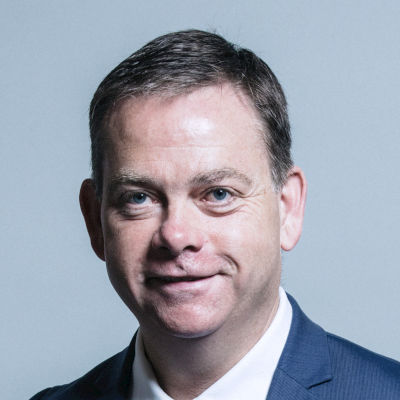 Member of Parliament for Selby and Ainsty
20137
Majority

Nigel Adams grew up in Selby, North Yorkshire, where he now sits as an MP. An entrepreneur from an early age, he won a place at Selby Grammar School in 1978, but left school at age 17. In 1993 a grant from the government-run Enterprise Allowance Scheme enabled him to set up his first business, Advanced Digital Telecom Limited. The business proved successful, and in 2006 it was sold to JWE Telecom PLC. Adams joined the Conservative Party in 1992. He was first elected to represent his home seat of Selby and Ainsty in 2010, winning with a comfortable 12,265 majority. Soon after, he was appointed parliamentary private secretary to the leader of the House of Lords, Lord Strathclyde. He was appointed to the number 10 policy board in 2014. Adams also served on the environment, food and rural affairs committee in 2010, and the culture, media and sport committee from 2015-2017. His first government job was assistant treasury whip in 2017. He campaigned to leave the EU. In 2018 he became parliamentary under-secretary of state for communities and local government before being relocated to the office of the secretary of State for Wales later that year. Until June 2017, Adams chaired the All-Party Parliamentary Group for Biomass. In July 2019, he was appointed the minister for sport, media and creative industries at the Department for Digital, Culture, Media & Sport upon Boris Johnson’s cabinet reshuffle. He was re-elected in the 2019 general election with an increased majority of 20,137. In 2020, Adams faced criticism for claiming a £10,000 business rent relief for his constituency office in Tadcaster. According to Huffpost, it was the Conservative Association – not Adams himself – who applied for and recieved the grant. Grant himself was unaware that the applicatrion had been submitted.