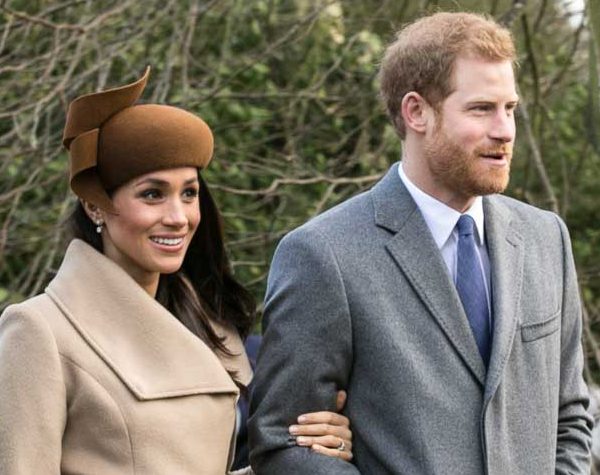 Donald Trump has told Fox News that he really hopes that Meghan Markle, the Duchess of Sussex, will run for US president in the next election. He said he would be even more inclined to run for a second term if this was in- deed the case. I also really hope that Meghan runs for US president, not just so that we can watch her go head-to-head with Donald Trump. Before Harry and Meghan’s wedding in 2018, Meghan’s former high school thea- tre teacher was asked whether she thought Meghan would miss acting now she was being forced to give it up to marry into the British royal family. “She hasn’t given up acting,” said the teacher most perspicaciously. “She is about to embark on the greatest performance of her life.” Her political career will just be the next instalment of this great performance. It is bound to be pure entertainment.

But is she really planning on running? Following Harry and Meghan’s breathtaking performance in conversation with Oprah Winfrey, the Mail on Sunday reported that the couple had met California governor Gavin Newsom privately before the US election, prompting speculation that Meghan wanted to be considered for a vacant Senate seat if Kamala Harris became vice-president. Less sensationalist speculation says the pair were meeting Newsom just to discuss their charitable foundation, devoted to causes such as more equal provision of mental health services and “racial and economic justice in the tech sector”. It is, however, becoming increasingly clear that there is no “just” about anything that Harry and Meghan do.

As Mike Trujillo, a prominent Democratic strategist, pointed out, the Duchess was following a “well-worn path”. “Arnold Schwarzenegger, before he ran for governor, had a big after-school foundation that promoted opening after-school clubs,” he said.

“He used that as a vehicle to talk about the need for tutoring and after-school care. Really easy stuff. That’s what introduced him to politics.” Meghan and Harry have already shown that they want to be politically engaged, and will not be bound by any burden of impartiality, by putting out a video offering veiled support to Joe Biden before the US election.

Meghan would, of course, be eligible to run for president, being over the age of 35 and a natural-born US citizen. Once she has renounced her royal titles – a necessity if she is to embark on a political career in the States – she is good to go. But what else qualifies Meghan Markle to run for president? Her illustrious acting career? Her marriage to a member of the British royal family? The fact that she is a woman of colour? You decide. The latter would, of course, be more than enough for the US liberal establishment to back her.

But does she stand a chance of winning? Just before this magazine was published, Meghan’s presidential odds had started being considered by bookmakers. Newsweek reported that “one site has the duchess as short as 66-1 [an implied chance of 1.5%] while others consider her a massive under- dog at 200-1 [0.5% implied chance]”. SkyBet apparently had the lowest odds on Meghan at 66-1, while Betfred is offering 200-1. Not great odds, but that shouldn’t deter the Duchess: she is a mixed-race woman who knows her own “truth”.

Odds aside, surely Meghan’s game is up now? Can anyone, apart from a minority of New York, Washington and LA-based liber- als, actually take Meghan Markle seriously since the “interview”? I would say that this is becoming increasingly difficult. Aside from the fact that she is confused about many facts pertaining to her own life, such as her son’s title and her God-given right to “protection” from the royal family despite having turned her back on it, it is clear to anyone watching that she is much less concerned about other people’s problems than her own.

If she really does want to go into politics to make a difference, she might take a leaf out of the Duchess of Cambridge’s book. Kate really puts service before self and does not whine about her position. Rather than discussing her own mental health, which must have taken a serious hammering over the past 16 years of her life in the public eye, she talks to other people about their problems. I, like Trump, really hope that Meghan will run for president, but I doubt she has the substance to make it that far. Love for Kate, though, will endure, which is probably why she would make a useless politician.