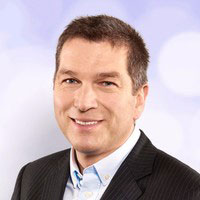 Nick Varney has over 30 years of experience in the visitor attractions industry and was appointed CEO of Merlin Entertainments in 1999; he became director in 2013. Merlin Entertainments is one of the world’s largest attraction operators in location-based, family entertainment. With 67 million visitors each year, it owns leisure attractions across the UK including Alton Towers, Madame Tussauds and Legoland. As CEO, Varney led the management buyout of Vardon Attractions to form Merlin Entertainments in 1999. In 2005, initiated the process that led to its acquisition by Blackstone. Varney was a proponent of the subsequent takeover of Legoland for about £250 million in 2005; it then merged with Merlin, which has continued to grow in size and scope. Varney is a board member of UKHospitality, the trade body representing the UK’s hospitality and tourism industry with a membership of over 45,000 companies. His career began in marketing and he has held senior positions at The Tussauds Group and at Alton Towers.