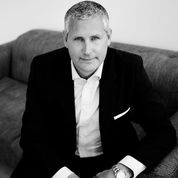 Ulrik Bengtsson was appointed CEO of William Hill in 2019 after having served as the company’s chief digital officer and a member of the group executive. He led the £240m acquisition of Mr. Green in 2019. Since becoming CEO, Bengtsson has pushed the sports online gambling company to become digitally led and internationally diverse; he has driven investment in technology and digital capability and enhanced product offering along with player safety. The past years have seen the company’s expansion in the US and Europe. In April 2021, William Hill was acquired by Caesars Entertainment, an American hotel and casino company. Previously, Bengtsson was previously president and CEO Betsson Group, a Swedish listed betting and gaming company, where revenue more than doubled in his tenure. He has also served as CEO of Viasat Broadcasting Sweden and CEO of Modern Times Group, an emerging markets pay-TV business.