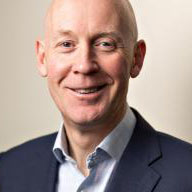 Jonathan Shaw has an intimate understanding of the policymaking process, having served for 13 years as an MP. The former social worker began his political career as a Labour councillor for Rochester-upon-Medways City Council, before winning a seat in parliament for the constituency of Chatham and Aylesford in the 1997 general election. He was an active speaker in the Commons, and drew on his past experience working with children in care, serving on the Draft Children (Contact) and Adoption Bill Committee in 2005. Following a stint as an assistant whip, Shaw joined the government in 2007 as the parliamentary under-secretary of state of marine, landscape and rural affairs. The following year, Shaw moved from Defra to the DWP as minister for disabled people, and it was in this role that he introduced a Legacy Plan that aimed to increase participation in sport among disabled people, as well as improving access to jobs and services. He served at various points on the Environmental Audit and Education Select Committees and was also the minister for the south east during his three years in government. After losing his seat in the 2010 general election, Shaw set up his own consultancy firm, the Shaw Business Partnership, which provided strategic guidance for both private and public sector companies. He also co-founded Give Us a Chance, a consortium of landlords that provide social housing to help people find employment. In May 2016, Shaw took on the top job at Policy Connect, a cross-party, not-for-profit think tank that seeks to impact policy, particularly in the health and education sectors, through lobbying and research work. For example, a recent campaign has advocated for a national plastics plan which would reduce waste exports and create new jobs in the UK recycling sector. Shaw is also the chair of the charity Blackthorn Trust (which assists with mental and physical rehabilitation), enjoys country walks, running and cooking.