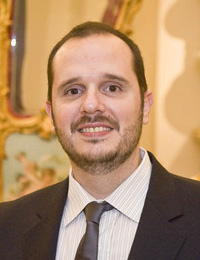 Fundación Internacional Bases is a non-profit institution working to promote the idea that individual freedom and the market economy are fundamentally important in the construction of more inclusive, open and modern societies.

Rather than just providing another voice in the conversation, the foundation seeks to play an active part in substantial change. The changes that the foundation want to see include maximising personal freedoms and responsibilities, opening up the economy even further and diminishing the role of government in everyday lives.

To achieve these aims, it actively cooperates with think tanks, individuals, educational institutions, professionals in the new media and active citizens who want to achieve its idea of freedom. Through these interactions with various actors, Bases attempts to influence reforms that are in line with free-     market-based principles. With its main headquarters in Rosario (Argentina), the programmes of Fundación Internacional Bases have so far attracted participants from every nation in South America, as well as many from Europe and Asia. It has in fact been the only classical liberal think tank from Latin America to export some of its programmes to Europe.

As it stands, Fundación International Bases have official representation in eight cities, over three continents, spanning as far as Asuncion, Tel-Aviv, Chicago and Warsaw. Thus, since 2019 and in cooperation with the Austrian Economics Center, Bases organises its International Conference ‘The Austrian School of Economics in the 21st Century’ in Argentina and in Austria too.

This year the event will take place in Vienna at the Oesterreichische Nationalbank (OeNB) in early November. The conference will be an offline and physical event. No livestream or zoom sessions are scheduled. Networking and social activities will be a major feature of the experience, which will also include keynote speeches, special panels, and breakout sessions where submitted papers will be discussed. A physical and PDF book with all or most of the papers presented at the conference will be published and other publication opportunities are also available. More information can be found on their website: austrianconference.org/.