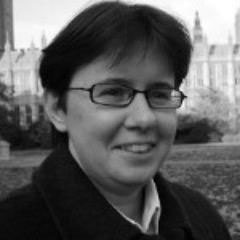 Director and Head of Research

Ruth Fox has been director and head of research at the Hansard since 2013, the think tank positioned as the UKs leading source of independent research and advice on Parliament and parliamentary affairs. A former academic, Fox lectured contemporary international politics and modern European history at the University of Leeds and was a political adviser to Bill Rammell, the former Labour MP for Harlow who held a number of ministerial positions under Tony Blair and Gordon Brown. In 2004, Fox took a sabbatical to work in the key swing state Florida for John Kerry, the Democratic Presidential candidate. Fox joined the Hansard Society in 2008 as director of parliament and the government programme. Fox regularly features on a number of political broadcasts and debates and has written for publications including the Guardian and the Huffington Post.