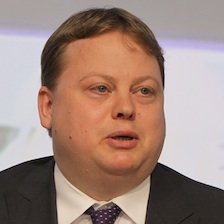 With close to 350 members, the European Policy Centre (EPC) was established in 1996 and promotes balanced dialogue around a number of key areas. Their European Migration and Diversity strand seeks to reform the Common European Asylum System, whilst their Europe’s Political Economy programme looks to strengthen the Economic and Monetary Union. Such diverse programmes are enhanced by partnerships, and the EPC has a longstanding relationship with Johnson & Johnson (under the CHES banner), focusing on the ethical aspects of healthcare such as patient choice, access and affordability. Led by chief executive Fabian Zuleeg, the EPC has leveraged their established expertise in the political economy of European integration to focus more closely on Zuleeg’s key research interest, the UK-EU relationship and impact of Brexit. Zuleeg’s impact will be felt as he works increasingly closely with the European institutions.