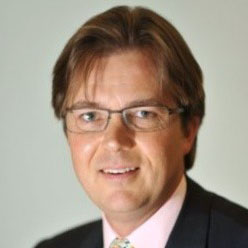 Former banker Charles Barwell’s professional repertoire covers politics and the arts with a Birmingham-centred focus. Music is Barwell’s passion; he has been a tenor with the CBSO’s chorus (who are amateur professional level) since 2006, singing tenor, which he describes as an “inspiration and mental release”. Barwell was a trustee of the CBSO for ten years until 2015, latterly serving as deputy chairman from 2005 to 2015. He is now a member of the CBSO development trust where he helped secure £1m of funds via a campaign in 2015. Barwell also led the governance of two strategic reviews with the CBSO, chaired the orchestra’s Finance Committee for six years and chaired the international search for the acclaimed music directors Andris Nelsons and Mirga Gražinytė-Tyla, who reflect the international reach of the CBSO. Separately, Barwell has been involved in the Conservative Party as chair of the Finance & Audit committee for eight years, chair of Party Conference in 2010 and chair of Andy Street’s successful mayoral campaign in the West Midlands in 2017.