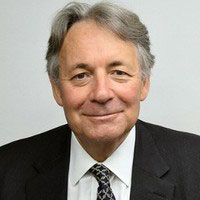 Department for Culture, Media and Sport

In December 2016, Charles Alexander was appointed a lead non-executive director at the Department for Culture, Media and Sport (DCMS). Alexander brings extensive senior experience across a range of organisations in the private and arts sectors to the role. Since 2016, he has contributed across numerous policy areas including broadband infrastructure investment, social impact bonds, sport and culture. Alexander is a former banker – he was managing director of international corporate and project finance at Rothschild, specialising in cross-border Foreign Direct Investment in Latin America and Europe. He is also a former president of GE Capital Europe – a financial services company. Alexander has previously served as chair of a CBI-led report on the future of corporate taxation and director and deputy chair of the English National Opera. He is current chair of the Royal Marsden NHS Trust. A keen football, cricket, golf and rugby supporter he has contributed to the Spectator on the future of World Cricket, and speaks Italian, French, Spanish and Portuguese.