Politics is back. I don’t just mean that my days are once again spent wandering around parliament chatting to anyone who’s willing to talk. Or that MPs are, once again, squeezing like sardines into the House of Commons. Nor that I’m still weary from conference evenings of warm wine and stale sandwiches in Brighton and Manchester. I mean politics – arguing about stuff – has made a comeback from its pandemic-enforced absence. Though, to date, I’ve signally failed to spot any sign of what could be called ‘politics as normal.’ 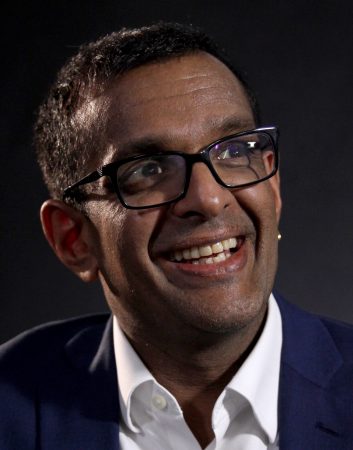 Actually, I’m no longer sure what ‘normal’ even means. For one thing, I no longer know who the Tories are. Yes, of course, they’re the ones not wearing masks. So let me rephrase: I’m not sure what they stand for. Is it a big state or a small one? High taxes or low taxes? The Shires or the Red Wall? Chatting to Tory MPs of late, the lack of consensus is actually quite impressive.

Indeed, it’s sometimes hard to avoid the impression that government these days is basically a kind of performance art. ‘Levelling up’ remains a slogan without definition. And while Lord Frost spelled out what sounded, on the surface, like an ambitious agenda for administrative reform to take advantage of the control we have regained via Brexit, a more careful reading of his words reveals little or nothing in the way of detail. Certainly, I’ve met precious few civil servants who can tell me what, in practical terms, regulatory freedom might mean.

Nor can I properly remember what opposition parties are meant to do. While the government performs, the Labour Party hides. Yes, I know that Keir Starmer has had an essay crisis, banging out the 14,000 (sic) word essay he has promised (or rather threatened) us with. Nevertheless, as talk intensifies about a winter of discontent, a possible three-day week and the potential for Christmas food shortages, you’d have thought someone from the Labour Party might be at hand to point out that this is, um, not good.

As for the others, the SNP keep banging on about a referendum they know the prime minister isn’t planning to let them have although, let’s face it, there’s little else they can discuss without an unflattering light being shed on their record. And the Lib Dems. Well, the Lib Dems are planning their invasion of the Tory heartlands, with Ed Davey practising before assembled media on a blue plastic wall wielding an orange mallet.

So yes, parliament feels slightly more normal than in recent times. And it’s actually been quite nice to be back in Portcullis House, drinking subsidised coffee and shooting the breeze…

And it’s not just here that the political world seems to be going bonkers. The UK, US and Australia conspired to keep a rather big secret from Paris for what looks like several months. Consequently, we’re now both meant to understand that the decision by Emmanuel Macron not to recall the French ambassador to the Court of St. James was in fact intended as being more of a snub than if he had recalled her; and to accept as normal a declaration by the French defence minister that the UK is simply “the fifth wheel on the cart” of a conspiracy against his country.

We held an online event about all this and, in between my computer crashing, my camera freezing and my microphone doing mysterious echoey things, I got the impression that our audience was awfully wound up about the whole episode.

None of which, of course, has dented the boosterism of our prime minister. It’s hard to predict what kind of fun he’s had in New York at the UN General Assembly meeting with other world leaders (although notably not President Macron, who was sulking). But it took some balls to stand up and preach to others about the need to act on climate change when his own government has not put in place the steps necessary to meet its own targets.

A telling lack of substance

Perhaps this is what politics is now: a series of high-level performances, without the traditional, annoying hint of substance to go with them. Consequently, we can all go about believing precisely what we like, without any danger that actual events might prove us wrong. So, (delete as appropriate) the government has solved social care / done nothing to address the issue of social care. Fiscal conservatism is alive and well / dead and buried. Aukus marks a step towards containing China / is celebrated only in Beijing.

Yet in my world, you’ve got to keep trying to assemble the evidence and make the rational case. I’ve spent my first couple of weeks back attempting, despite the utter disinterest on the part of the political world, to figure out a number of things: whether supply chain problems are the result of Brexit or Covid or a mixture of both; what ‘Global Britain’ actually means to people from other countries.

Eventually, I suppose, I’ll have to take the plunge and start writing about politics again. But I reckon that can wait until I’ve spent a few more afternoons of profound confusion drinking coffee in parliament and trying to figure out what the hell is going on.

Anand Menon is Professor of European Politics and Foreign Affairs at King’s College London and director of its think tank UK in a Changing Europe.