An MEP on… A Just Transition

As Winston Churchill was working to form what is now the United Nations after the Second World War, he memorably remarked, “Never let a good crisis go to waste.” With Europe now facing the convergence of a health, economic and climate crises, his words have a particular resonance. The European Green Deal – and the EU’s pledge to reach net zero by 2050 – could be the kind of action to which Churchill was referring. The pandemic has created an opportunity to double down on our efforts to lift Europe out of a crisis. By mobilising green investment, jobs will be created that will help address the social impacts of the present situation, while simultaneously easing the pressure humanity is placing on the natural world. 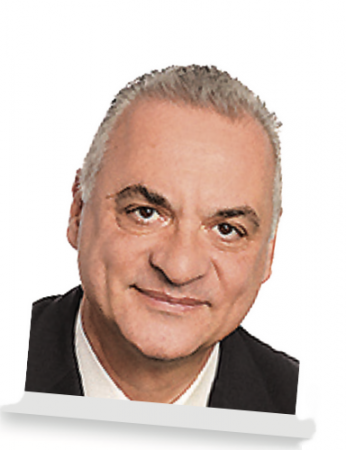 Now, more than ever, we need to build resilience to these shocks to our economies and societies. The evidence clearly shows a green recovery will let us stabilise and regrow our economies while helping us face up to the climate change challenge.

Admittedly, the EU’s commitment is an ambitious one – to make Europe the first climate-neutral continent while ensuring that the transition to this new green growth model is just and fair for all EU citizens and territories. And since the climate policies enacted by the EU will have an uneven impact on European regions, communities, sectors and workers, they need to be accompanied by social and economic policies to ensure no one is left behind.

Thus the aim of the Just Transition Fund (JTF), to which I had the honour of being the rapporteur, is to provide support to territories facing serious socio-economic challenges relat- ed to the transition to climate neutrality. The fund is one of the pillars which forms part of the Just Transition initiative. The other two are the use of a fraction of InvestEU financing for climate objectives and the creation of a public sector loan facility at the European Investment Bank, partly guaranteed by the EU budget.

Following the adoption of the respective views of both the council and European Parliament, the JTF had a unique opportunity to improve its approach. By refocusing on sufficient economic and social support to certain countries, regions, industrial sectors, technologies, workers and consumers, we were able to redirect support to those that need it the most.

The fund was further amended to respond better to the urgent need for Just Transition policies in the challenging context of the post-Covid recovery. It will prioritise the areas that need support the most, including highly carbon-intensive regions and those with GDP per capita below the EU average, such as islands and outermost regions.

The JTF also aims to ensure that different starting points are taken into account in order to avoid the danger of disadvantaging countries and projects. That is why our Green Rewarding Mechanism has been preserved.

We can still actively promote a quick phasing out of coal by bridging natural resources such as gas and, where necessary, by putting in place a Just Transition scheme that will guarantee the social welfare of coal miners who stand to lose their jobs. This will aid the socio-economic transformation of Europe’s coal regions.

In line with our political ambition, businesses are already preparing to deliver on the Just Transition target of a net zero European economy by 2050, recognising that climate action is well aligned with building new industries, delivering better health and creating a pleasant environment in which to live.