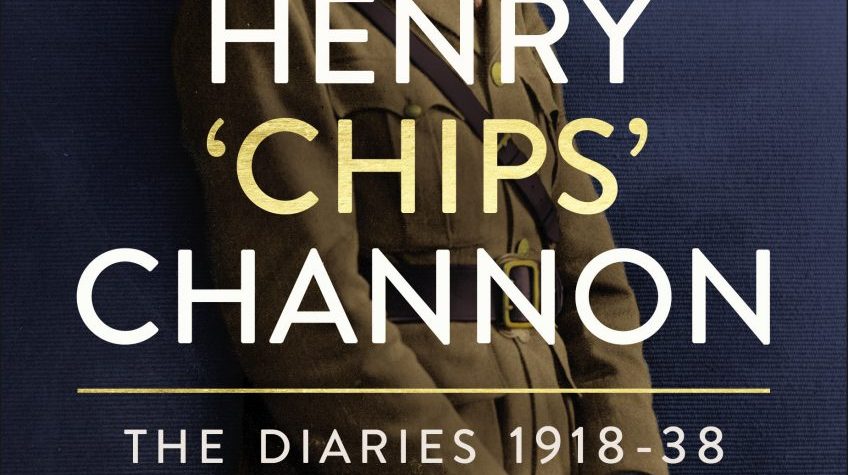 Alan Clark, after closely reading the first volume of Henry ‘Chips’ Channon’s diaries published in 1967, thought the writer to be “snobbish, arriviste, but intensely observant”. Little did he know, in a then-unpublished entry, Chips considered Alan’s parents, whom he met when Alan’s father Kenneth was director of the National Gallery, to be “chic, snobbish, clever, charming and a touch bogus”. The Channon diaries were the model for Clark’s own. Both men could claim to be among the greatest exponents of the artform in the 20th century, their works full of caustic humour, honest self-reflection, sharp insights and wild indiscretions.

The 1967 volume covered the period from 1934 until Channon’s death in 1958, but was heavily edited to minimise legal action from those still living. Yet Chips started writing his diaries in 1918, and the full manuscript is estimated to be over two million words in length, of which only around 250,000 had been published. Chips didn’t want his full diaries to be made public until 60 years after his death. Now, thanks to the Channon family and the masterly editing of Simon Heffer, we have the first instalment: a 1,000-page tome spanning from 1 January 1918 to the Munich peace agreement in September 1938.

Chips was born into a wealthy Chicago shipping family in 1897 and launched himself into English high society while studying at Oxford. He never looked back. His diaries have laid  undisturbed the kind of glimpse into people’s lives, loves and attitudes that anxious relatives have removed from archives over the years. My first interest in the Channon diaries came while writing a biography of Sir Philip Sassoon. It has generally been assumed that this bachelor millionaire politician was gay. Here, in an entry excluded from what was previously published, Chips tells us while staying at Sassoon’s estate on the south Kent coast about “The boyfriends! About half of the Air Force, of which he is the chief come and go… with amazing ease and familiarity, much to the jealous and righteous annoyance of those not sufficiently well-born or, more important, sufficiently handsome, to be invited.”

Himself bisexual, Chips had many close male friends, most notably Prince Paul of Yugoslavia, of whom he writes: “No such intimacy with another human being has ever been mine.” Channon had a romantic attachment to royalty, particularly the Prince of Wales and his stylish brother Prince George, the Duke of Kent. When Hindenburg became president of Germany in 1925, Channon noted: “Secretly I am glad whereon the pendulum swings towards monarchists – I am all for absolute monarchies and inquisitions and forced Catholicism.” That Catholicism came from the influence of an old priest, L’abbe Mugnier. Channon noted his doctrines were “so beautifully and insidiously expressed… at the end of two hours my hereditary resistance was broken down and I became a Roman Catholic in heart at least and realise I will continue to be so all of my life.”

In 1933, Chips married the heiress Lady Honor Guinness. They entertained in grand style at their Belgravia home and Essex estate Kelvedon. In 1935, he took over from his mother-in-law, the Countess of Iveagh, to become the Conservative MP for Southend. The second half of this volume is dominated by the political events of the late 1930s. Channon supported the King during the abdication crisis, and casts a critical eye over Queen Elizabeth, later the Queen Mother: “a gentle soul, unambitious, but with a streak of treachery and gay malice”.

In 1936, he was also appointed parliamentary aide to Foreign Office minister Rab Butler, and these diaries include considerable new material edited out of the 1967 volume relaying Channon’s views on appeasement and the Nazis.

At the opening of the Berlin Olympics in 1936, Channon noted, in Hitler’s presence “one felt one was in the presence of some semi-divine creature”. He also enjoyed parties hosted by leading Nazis, including “the famous, fantastic Göring”. Fiercely loyal to Chamberlain, Chips was dismissive of Churchill’s warnings about Hitler. Following a Commons debate in 1937, Channon wrote Churchill was “obsessed [at the] Nazi peril”.

This volume doesn’t quite cover Hitler’s betrayal of Chamberlain, although two further volumes of diaries will be released later this year and next. They will not only delight with their wit and charm, but will also be an invaluable resource for writers and historians for many years to come.