Can Boris bounce back after his annus horribilis? 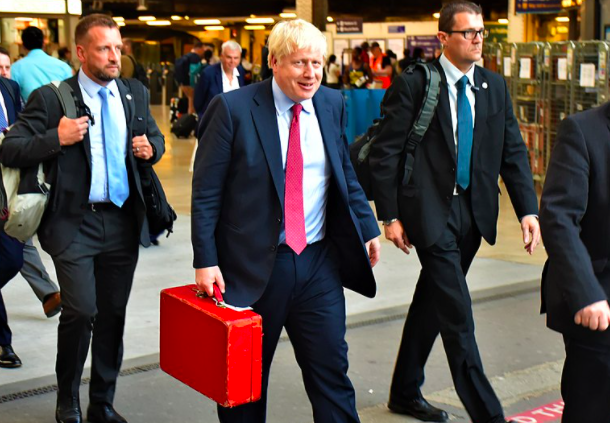 Since Boris Johnson won an 80-seat landslide at last year's general election, he has never quite looked in control. But he could yet recover, says Harry Mount

‘Campaign in poetry and govern in prose’ – as New York Governor Mario Cuomo famously put it.

A year ago, Boris Johnson was wrapping up his successful campaign in the lead-up to the election on December 12, 2019. He didn’t so much campaign in poetry as campaign with three words – Get Brexit Done.

The slogan was said to be the work of his former chief adviser, Dominic Cummings. It certainly fits with Cummings’s campaign-winning slogan in the 2016 Brexit referendum, another simple three-worder: Take Back Control.

Boris’s election campaign last year was, in fact, a bit lacklustre but that was intentional. Keep Boris on a short lead and let the slogan do the work – that was the idea. And, boy, how it worked, with a landslide and an 80-seat majority for the Tories.

It’s easy to forget what a shock that was. Even Tory loyalists would have been happy with a 20-seat majority. No one – except, some say, Cummings himself – predicted such a huge win.

And then came coronavirus. If governing in prose means dealing with the grinding, everyday realities of modern politics, then Covid-19 demanded the sort of relentlessly tough, gruelling leadership that hadn’t been required here since the Second World War.

Boris Johnson famously wanted to be ‘World King’ when he was five. That ambitious little boy would have relished being King of the World in a crisis and miraculously coming out on top.

That isn’t what happened. He himself was struck down very badly by the coronavirus, coming close to death. He looked shattered even when he’d recovered from the illness – he still looks gaunt.

But, even before he was hit by the virus, he hadn’t excelled himself. He was caught between his innate libertarianism – which meant he was initially fond of the herd immunity theory – and the demands of his scientists, which led to a sudden, intense lockdown.

In his inconsistency, he immediately paled in comparison with the leaders of Scotland and Wales, Nicola Sturgeon and Mark Drakeford, who have been consistently hardline in their lockdowns. They benefited from the Chancellor’s largesse while being able to shut down their own economies. Boris necessarily had to take a less aggressive line to keep the overall economy of the United Kingdom from shutting down altogether.

He was also in a tricky position if he did want to be a little more lenient. If he had been lenient, he would have been blamed for any excess deaths that arose from that leniency; but, even if there had been no excess deaths thanks to his leniency (a number that’s impossible to prove), he would have been blamed for those deaths that would have happened under lockdown anyway. So lockdowns of some sort were practically inevitable to prevent charges of Boris having blood on his hands.

Before he was struck down by Covid-19, he also looked in a panic. The breezy, gung-ho performances of yesterday’s Boris had to go. You can’t make jokes in a crisis. And, when he does occasionally try to use his mock-Wodehousian lines – the toot of the cavalry coming over the hill and all that – they fall flat in the face of death.

His relentless optimism, which served him so well in previous Westminster and Mayoral campaigns, just didn’t work when things were so grim. All that talk about ‘moonshots’ – and the disastrous Gavin Williamson proclaiming the vaccine to be a triumph brought on by Brexit – is moronic in dark times.

Boris has turned out to be no good at governing in a crisis. But he still has a chance of reviving his fortunes. He has always been lucky and has survived political disasters that would have floored most other politicians. If the vaccine programme rolls out efficiently – and that isn’t guaranteed – and the virus is largely beaten by this time next year, he could still have another three years to turn things around.

In 2024, he may even call back his campaigning master, Dominic Cummings, to produce more election-winning poetry.