Are our freedoms under threat?

Tearing down statues is just one manifestation of a direct attack on our values, institutions and shared history 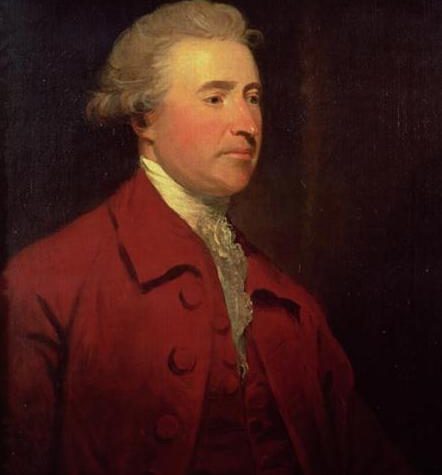 Our attentions are rightly focused on the brutal, unjustified and relentless assault on the freedoms of the Ukrainian people, however, this is just one manifestation of a wider picture of assault on our mutual liberties that would have bemused and appalled the great Edmund Burke.

It was Burke who is credited with defining the ‘Totalitarian State’, saying that “when individuality is left out of their scheme of government. The State is all in all… It is military in its principle, in its maxims, in its spirit, and in all its movements. The State has dominion and conquest for its sole objects – dominion over minds by proselytism, over bodies by arms”. He could have been describing Putin’s Russia.

As Chairman of the UK’s Freedom Association, with its long heritage back to pre Thatcher times, and a fine range of Lords, MPs and distinguished members, I have set out 10 freedoms for our times, and look forward to speaking to these under the important session ‘The Future of the Nation State in Europe‘, organised in Brussels on 23rd and 24th March, by the Edmund Burke Foundation.

Having spent around 40 years in active politics, I am more concerned now than ever at the major threats to our freedoms today and to our precious institutions. Tearing down statues is just one manifestation of what I regard as being a direct and organised attack on our precious institutions, our values and our shared history. Even Churchill is being attacked, without whom all our freedoms would have been lost.

The intention is ever clearer – revolution. The overthrow of our society and its replacement with a far more dangerous, autocratic, and ideological governance; one that tramples individual liberty and freedoms. Maybe post 1989 we have become over tolerant of revolutionaries, whether in the form of social, racial, or environmental causes.

The Freedom Association stands for 10 freedoms. Regretfully every single one is under threat.

Let’s start at the beginning with Free Speech – the First Amendment of the US Constitution, and rightly so. We thought this was such an obvious and accepted freedom, it didn’t need spelling out. No longer. We stand firmly for Freedom of Speech, Expression and Assembly.

Examples of threats to free speech and expression are abound. For example, ill defined, invidious so called ‘hate speech’ – too often anti free speech itself, routine ‘Cancel Culture’ (what used to be called Shunning) for perceived unacceptable views, and abuses such as deeply sinister ‘non crime hate incidents’ – allowing the police to record incidents and generate a police record, even though no actual crime has been committed. 1984-style ‘thought crime’ was meant to be a warning not a manual. These threats are now real.

Take, for example, Kathleen Stock, the Professor from Sussex University, was forced to resign due to intimidation and threats. She is a feminist and a lesbian, but was cancelled for being supposedly unsympathetic to transgender people. All this for mildly pointing out basic truths – that sex cannot be changed, only gender, those two definitions being easily confused. Fertility expert Lord Wilson confirmed this on Question Time – that sex is unchangeable, and our sex is ingrained in every fibre of our being. But today, stating the truth is no defence. We are living in a Global Salem where rationality has been sacrificed to mob rule and irrational fears.

Our full Freedoms list now contains: Individual Freedom, Personal and Family Responsibility, The Rule of Law, Limited Government, Free Market Economy, National Parliamentary Democracy, Strong National Defences, A Free Press and Other Media, plus Freedom of Religion and Belief. I fear we are fighting for every single one of these ten.

The State became all-consuming over Covid controls – ‘Individual Freedom’ was put at risk. Not since the wartime curfews during the Blitz have we suffered such a loss of personal freedom and control. We stood firmly against Vaccine Passports, for example. We don’t believe in dividing citizens into first-class and second-class citizens.

Covid has also exposed the reality of major problems with the ‘Rule of Law’. Policing is in crisis, with too much politically biased policing. Far more invidious are outrages over so called, and ill defined, ‘hate speech’ – too often anti free speech itself – and abuses such as deeply sinister ‘non crime hate incidents’ – allowing the police to record incidents and generate a police record which appears on potential employer checks, even though no actual crime has been committed. 1984-style Thought Crime was meant to be a warning not a manual. These threats are now real.

This, and Leftist leaning legislation like Labour’s Human Rights Act, which sought to reinterpret the rights and freedoms we already enjoyed, those which British judges wrote into the European Convention of Human Rights but have now been twisted by excessive interpretation through the British courts. As Chairman, I have made scrapping the Human Rights Act one of my key targets.

The HRA is making it very hard to deport violent criminals such as Jamaican murderers and rapists because leeching human rights lawyers can claim ECHR protection on ‘family life’ – even a convicted wife beater could not be deported because of their right to family life.

The Freedom Association has a delicate path to tread between adherence to the rule of law for the greater good, and to recognise our conviction to ‘Personal and Family Responsibility’ and safeguarding lives. But we were always on guard against the State getting too familiar and cosy with these extraordinary powers.

As for ‘Limited Government’, In the UK the consequences of Covid have been a £450 billion additional cost, an enlarged State, massive wartime like National Debt, and a budget that was big on spending but free of tax cuts. Our inability to control the size and reach of the State has given rise to major discussions on what Conservatism now means and whether Thatcherism is still valued.

The dangerous Remainer attempts by former Legal Officers and activists allegedly in league with the former Speaker Bercow, now banned for life for bullying, to seek to overturn the result of the Brexit Referendum, brought our ‘National Parliamentary Democracy’ into deep dispute; as does the poor calibre, tokenism and over compliance of too many Parliamentarians.
There was talk of yet more disgraceful cuts to our armed forces, when it comes to ‘Strong National Defences’, to reduce the British Army to pre-Crimea levels. Post-modern day Crimea and Ukraine, this folly must now be reversed, with a target of 3.7% of our UK GDP to match the USA’s share of its GDP being desirable.

A ‘Free Press and Other Media’ remain critical to holding politicians, businesses, and governments to account – to expose the inconvenient, the cover ups, and the corruption and wrongdoing of the powers that be. But there has been a collapse in professional standards – even newsreaders now regularly guff their lines, and there are too many ill sourced or plainly inaccurate reports. Even the Mainstream Media is pumping out Fake News. The BBC has lost its core offering: rigorous impartiality; and collapsing newspaper revenues have limited insightful stories.

On ‘Freedom of Religion and Belief’, Christians are now second-class citizens in Britain – in what is meant to be a Christian country. We have a shared Anglican Church led by an Archbishop of Canterbury who thinks Climate Change is on a par with the Holocaust, despite being an oil man once, and threatens of leaders being ‘cursed’ if they fail to act.

What is going on is nothing short of a determined, premeditated, and wide-ranging Revolution. That is not an exaggeration. Our institutions are being captured like a cancer cell invading a healthy cell, as evidenced by the sinister roll out of Marxist ‘Critical Race Theory’. These institutions are being hollowed out and destroyed one by one. We are to be made weak and vulnerable through creating confusion and doubt. If you don’t even know whether you are male or female, if your society is to be celebrated or destroyed, are unsure which nation state you belong to, or are obsessed with not offending anyone, then you cannot stand up robustly to a major external threat, as we did in 1940, and are facing now. Putin is prepared to bomb maternity hospitals and lay waste to cities in his ruthless aims.

In summary, never have our Freedoms been so challenged and in so much peril. Never has the Freedom Association been so relevant as it is now. But as we saw with Brexit, ordinary people standing up to rampant powerful corporations and transnational bullying, can win. But maintaining Freedom needs constant vigilance. None of us can afford to drop our guard.

David Campbell Bannerman was MEP for the East of England 2009-19; David was a prominent Brexit campaigner, serving as Co-Chairman of Conservatives for Britain (CfB) with Steve Baker MP, and was inventor of the ‘SuperCanada’ UK-EU trade model adopted. He served as Special Adviser on the Northern Ireland Peace Process 1996-97, and currently serves as Chairman of The Freedom Association, and a President of both Cambridge City Conservatives and Norwich Federation Conservatives. For more information on The Freedom Association.