An appetite for diplomacy

With the right ingredients, gastrodiplomacy in Brussels is proving to be the ideal conversation starter for ministers within and beyond the EU

In a video stream live from Brussels, Neopolitan chef Giovanni Terracciano is revealing his lunch menu: a blend of Uzbek manti and Italian ravioli. Dotted around the corners of his laptop screen, his guests include Polish MEP Ryszard Czarnecki and HE Dilyor Khakimov, the Uzbek ambassador to the EU and Nato, as well as a handful of EU functionaries and researchers. Above each participant hovers a flag icon indicating their nationality, giving the session the flavour of a summit.

“I was under the impression that Uzbek cuisine used a lot of spice,” posits an EU policy officer, after the group is told that the mincemeat filling is flavoured only with cumin and not cinnamon, as one guest had suggested it might be.

“Not in this dish,” Terracciano explains. “In some soups, yes.”

“Yes,” the chef agrees. “Similar to some Turkish soups, also.”

The batter, he explains, can be mixed with dried oregano and chilli peppers for those seeking added punch. “And at the end, we add yoghurt and tomato sauce.”

“Do you use the famous Turkish pepper paste in the sauce?” queries a German communications consultant. “People actually bring it to Germany from Turkey.” The chef confirms he does. A conversation about Turkish paprika paste ensues, delving into the traditional Turkish methods of drying vegetables like tomato, pepper, courgette and aubergine on rooftops. 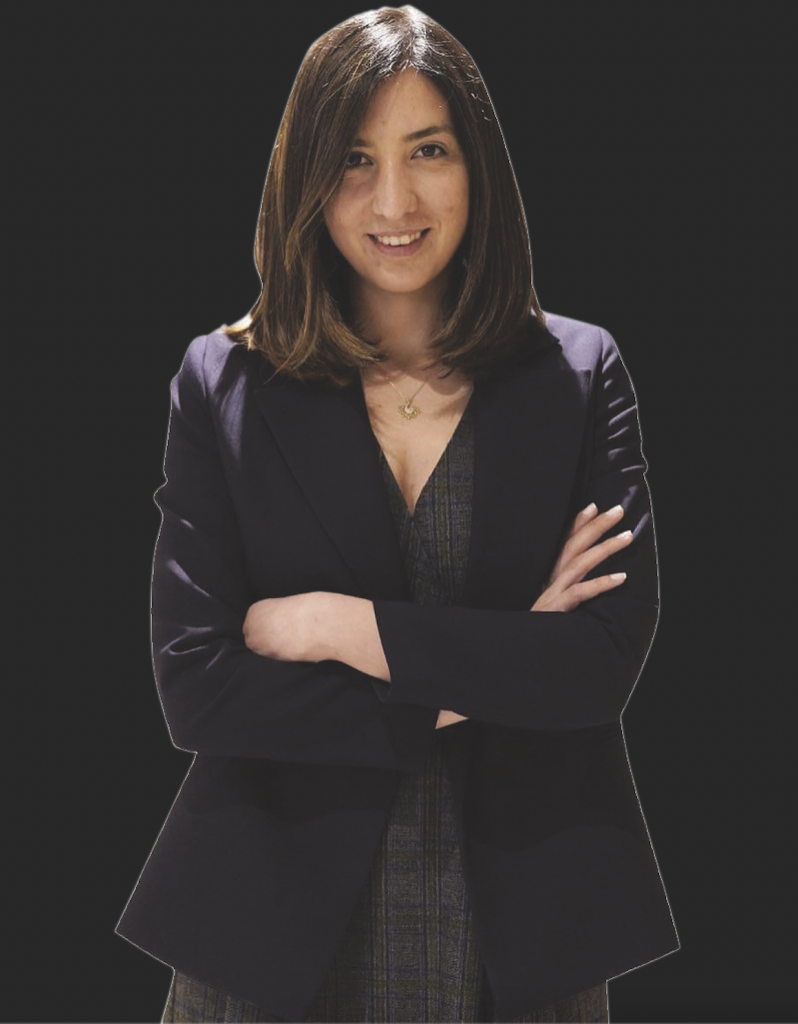 Today’s culinary masterclass has been organised by Ipek Tekdemir, a political analyst in the European Parliament and the brains behind the new gastrodiplomacy project. A former international volleyball player, Tekemir is a cheerful Turk who believes in cooking as a catalyst for conversation.

“Traditional diplomacy has undergone a major transformation,” she explains. “Parties now expect smoother, more effective communications. Every one of us would love to hold a spoon and try a new dish together.”

This meeting of minds and palettes is at the cutting edge of soft power. For smaller, poorer countries, gastrodiplomacy offers a way to pique the interest of larger nations.

“Non-EU countries need to be heard,” Tekdemir explains. “They can use their rich culture and cuisine to promote trade and tourism.”

So far, it is countries to the east of the EU with whom Tekdemir has collaborated, Uzbekistan and Turkey being two examples. Turkey, she explains, is keen to increase its vegetable exports from the Mediterranean coast to the EU. The gastrodiplomacy platform has given these countries a chance to engage with, for example, the Assemblée des Régions Fruitières Légumières et Horticoles, a trade body.

Tekdemir’s initiative reflects a wider trend in cultural diplomacy and soft power. Joseph Nye, an American political scientist, first coined the phrase “soft power” in the 1980s. The term went on to define the post-Cold War era. Levi’s jeans, McDonald’s and, by extension, liberal democracy, began to entice citizens of nations across the world. As Nye quipped in 2012, “the best propaganda is not propaganda”.

As early as 2000, the seeds of gastrodiplomacy were being sewn. Rockower wrote that “gastrodiplomacy is predicated on the notion that the easiest way to win hearts and minds is through the stomach”.

In 2002, the Economist reported on Washington diplomats’ insight that restaurants were often the only contact most Americans were having with foreign cultures. At that time, the proportion of Americans with passports was notoriously low – just 15 per cent in 1997, rising to 27 per cent by 2007. The figure is now more than 40 per cent, still far from passport ownership in Britain which is 83 per cent.

Although the internet has afforded new ways to engage with far-away countries, the growth of “foodie culture” has heightened the appeal of foreign foods in domestic markets.

“Whilst soft power was once seen as the prerogative of the West, used to promote liberal values, it is increasingly being seen as a tool of the East,” reflects one British career diplomat who recalls making regular cross-border car journeys to source vegetables while posted in the Balkans 30 years ago. “The old soft power was Jean-Luc Godard and Burger King. Perhaps the new soft power is Bollywood movies, giant pandas and pad Thai.”

The first country to implement an official gastrodiplomacy programme was Thailand. The “Global Thai” initiative launched in 2002 and was a “public relations campaign to build up a good image of the country through Thai restaurants worldwide”. From a base of just 5,500 restaurants in 2002, the number grew to over 15,000 by 2019 – financed by the Thai government. Thailand has seen tourism increase astronomically since then. In 2004, it saw 11 million visitors; in 2020 more than 39 million.

South Korea was watching. Its World Institute of Kimchi was established in 2010, an outlet of the South Korean government’s “Kimchi Diplomacy” programme, which aims to promote and distinguish South Korean cuisine against that of China.

Taiwan, Peru, Cambodia, Uzbekistan, Australia, Malaysia and the US all have their own gastrodiplomacy-inspired programmes.

So far, the pandemic has limited Ipek Tekdemir’s gastrodiplomacy events to the virtual world. Guests have only been able to imagine what these fusion dishes might taste like.

Tekdemir aims to change this by hosting a monthly physical event. The next will be a Turkish-Irish amalgamation. After that, she wants to release a recipe book with input from politicians and decision makers.

“Food is simple,” Tekdemir says when asked why cooking is a better diplomatic tool than, say, sport. “Every one of us would love to hold a spoon and try a dish together. It’s easier than any other way of getting people together.”

The delight of her multinational participants when Terracciano presents the fruits of his labour – colourful Uzbek-Italian blend dumplings nestled beneath a spiced tomato sauce – shows the peculiar and promising conviviality that arises from culture sharing.

In 2014 the United Nations introduced the first “International Yoga Day” after substantial lobbying from Indian prime minister Narendra Modi. The day itself, June 21, has become an annual opportunity for Modi to perform a routine surrounded by a sea of neatly ordered members of the armed forces and their matching yoga mats. This is not just a chance for young Indian soldiers to stun the world with their vinyasa flows, it also sends the message that India is the ancient home of yoga and, by extension, health and wellness. It’s a narrative that jars with the country’s militaristic might – India’s army is the largest in the world, comprising 1.2 million active troops. Most of them are stationed tactically on the borders with neighbours Pakistan and China.

Elon Musk, CEO of Tesla and founder of aerospace manufacturer SpaceX, wasn’t wrong when he declared, “Rockets are cool. There’s no getting around that.” Jeff Bezos and Richard Branson received days of news coverage and attention upon their recent – and brief – escapades into space. Countries are also using technological innovation to garner respect. India’s space programme and Serum Institute, the largest producer of vaccines, have hugely increased their tech profiles. Britain has now pledged £800 million to build the Advanced Research & Invention Agency (Aria), to support high-risk, high-reward projects.

The pandemic escalated the race for scientific clout. China gave out masses of medical aid in a provision dubbed “facemask diplomacy”. It also handed out vaccines to 53 countries. In response to this move, Japan committed 11.6bn yen in donations to Cambodia, Laos, Myanmar, Thailand and Vietnam, whilst Turkey donated vaccines to countries including Bosnia and Herzegovina, Macedonia and Azerbaijan. Russia pledged 1.2 billion doses of vaccines to over 50 countries in Asia and Latin America.

Another noted Chinese strategy has been dubbed “panda diplomacy”, the practice of sending giant pandas abroad as gifts. For decades, China has regularly presented panda couples to countries including Indonesia, Japan, the UK, Taiwan, Finland and, most recently, Russia. The upkeep of the pandas is astonishingly expensive; Edinburgh Zoo was struggling to source the annual cost of £1m to lease a mating pair of pandas and was faced with having to return them to China.

In 2011, the state of Qatar bought the Paris Saint-Germain football team and have since turned it into one of the most successful clubs in France. As well as investing £1.1 billion in the club, the state won the 2022 World Cup bid furthering Qatar’s football-championing brand. Similarly, the deputy prime minister to the United Arab Emirates, Sheikh Mansour, acquired Manchester City in 2008. His predecessor was Thaksin Shinawatra, the former prime minister of Thailand.