Why neutrality is no longer an option for island states 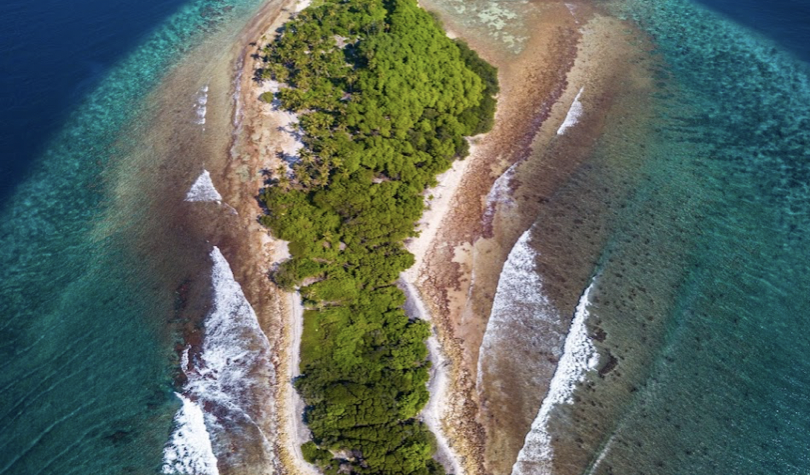 On February 24, we saw the fruition of a bygone struggle clashing headfirst with the tensions of the modern world in the form of the greatest mobilisation of armed forces seen since World War II. We saw what may be the beginning of the end of multilateralism – consequentially, the last vestige of true sovereignty for small states.

On that day, the reverberations of the Russian Federation’s march into Ukraine rippled across the European continent and throughout the larger world. As with any calamity, the dissolution of our understanding of security is encompassed not only in the breach of these physical borders, but also in a breach of ideological and philosophical borders as well. The notion that the global climate of peace and security has evolved was shattered. The world order was challenged on that day, and we will never be the same.

As surely as with any natural disaster, we are experiencing the aftershocks of this calamity. As with a disaster, those that are most vulnerable will be hit the hardest. The difference between natural aftershocks and those we currently see pervading across the globe is that the further away from the European epicentre, the stronger the force of the tidal wave. Those Small Island Developing States (SIDS) on the other side of the globe now face a wave that threatens to wash us away into oblivion. Neutrality between the current world order and the emerging one is no longer possible, and nations are being asked to choose sides, not in a conflict an ocean away, but rather in their own development model and future prospectus.

Because SIDS lack economies of scale and face inherent structural challenges, including extreme vulnerabilities, successful development initiatives in SIDS are often predicated upon receiving external aid. Following World War II and the global transition away from colonialism, the Western world recognised and attempted to meet the needs of vulnerable nations. However, as this post-colonial fervour dwindled, so did Western aid. Traditional donors are now being replaced by emerging countries, and the notions encouraged by the West – that development aid goes hand-in-hand with ideology (ie freedom, democracy, liberalism) – are proving to be barriers for their acceptance of new development models. It is often inconceivable that aid can be given without the creation of spheres of influence. To many, it is unacceptable that neutrality become policy when such a policy will only open doors to influences that are not aligned with traditional donors. After all, if the ideologies behind emerging states are seen as antithetical to their own, the growing influence of emerging states must be managed.

We must keep in mind that while the support available to developing nations has evolved, the need for structural and development support has only increased, especially in light of the growing adverse impacts of climate change in SIDS. With this new reality, nations must now walk a tightrope between managing the demands and interests of traditional Western donors and engaging with those nations willing and able to support capital-intensive development projects.

The nation providing the most alternative finance to developing nations is China, under the Belt and Road Initiative, with stated aims to support infrastructure development and accelerate the economic, regional and global integration of developing nations along the route of the historic Silk Road. Through these concessional finance initiatives, China has initiated one of the largest groupings of development aid programmes ever conceived, with an estimated $4 trillion deployed over the last decade.

These shifting roles have resulted in the West calling for caution, adopting the clarion call that aid will inevitably be used to undermine sovereignty of more vulnerable nations. They claim that this new form of aid will go beyond extending mere spheres of influence, but rather establish spheres of subservience.

In the aftermath of the invasion of Ukraine, both India and China – the two biggest do-nor emerging states – have chosen neutrality. While powerhouses in their own right, even they are under pressure to acquiesce to the status quo, to defend the existing world order. Yet it is becoming clear that the multilateral forums meant to address issues of international peace and security are unable to meet the task at hand.

The flaws that exist in the multilateral system are today being exploited not only by Russia, but also China and the US, as well as their respective allies. Instead of taking more concerted measures to address these flaws so that the multilateral system can be strengthened to meet its mandate of guaranteeing world peace, the principal nations of the world are turning away from the system.

Small nations such as SIDS are being told, in no uncertain terms, that neutrality is not an option. They are often bullied and coerced to accept the dogma that, unless they align wholly with Western interests, they run the risk of isolation, regardless of the positions taken by organisations like the United Nations.

This is a philosophy that has grown over the last decade, exacerbated by increasingly belligerent engagements in the Indo-Pacific region, and small and vulnerable nations are facing the full brunt of Western displeasure in the light of the invasion of Ukraine.

As the UN and similar forums are forsaken for direct action, as the principles of the UN charter are forsaken for the remilitarisation of Europe, and as the world is put on a war footing once more, remote nations will find themselves evermore isolated and increasingly under the influence of one nation or another. The warning against falling into subservience will be elevated to prophesy, and the waves that spread from the Ukrainian epicentre will drown SIDS’ resolve to stand against the tide.

In the absence of the protections extended by multilateral frameworks and institutions, and due to the globalised nature of the world, vulnerable nations stand not only at the mercy of their neighbours, but of every other nation willing to extend its reach.

Never has the need for a unified effort to reform and strengthen the UN been so dire. The 2030 Agenda, the Paris Agreement and the new global frameworks necessary to bring the world together once more must be led through bold changes to the multilateral system.

The UN Security Council was last meaningfully reformed in 1963, taking a small step towards global equity with the inclusion of non-permanent members. In spite of decrees from world summits, including the Millennium Declaration, text-based negotiations have made little headway and a similar expansion and adaptation of the UN Security Council seems unlikely in our lifetimes.

With the invasion of Ukraine, the slow death march of multilateralism has begun. Either the nations of the world can come together and stand against the tide, or be washed away.