F**K Business: The Business of Brexit, by Iain Anderson, reviewed by Benjamin Goodwin 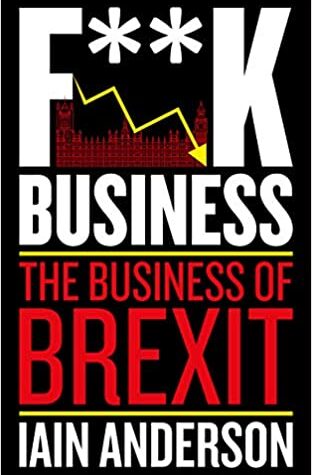 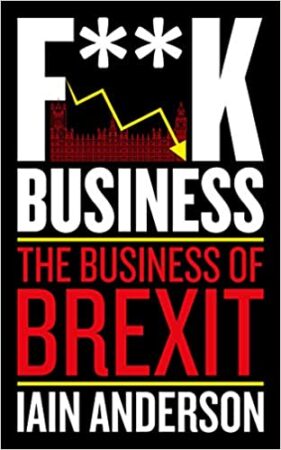 When Boris Johnson, in the distant days when he was merely foreign secretary, was said to have remarked “fuck business” in response to concerns from business leaders about Brexit uncertainty, the City was outraged. It seemed to confirm their worst fears: the government no longer took them seriously.

For some, this reaction was hard to understand: after all, despite Johnson’s remark, the Conservative Party has always had a close relationship with business. It is its raison d’être.

In F**k Business, Iain Anderson helps to explain the depth of that consternation – and in doing so he provides enough new information to make up for the fact that his book asks us to spend yet more time thinking about Brexit. Thankfully, this account differs from other Brexit volumes in that the focus isn’t simply Brexit, but the relationship between business and the government during a period that happened to coincide with the torturous attempts to leave the European Union.

The book is at its most incisive when it documents Anderson’s personal experiences during the Tories’ wilderness years.

Anderson, a lifelong Tory, is also the chairman of the Cicero Group; he has had a front-row seat in politics for decades. The book is semi-autobiographical, and tracks Anderson’s own experiences. It is interspersed with an impressive array of tidbits from all sorts of senior figures from business, politics and the media. Nicky Morgan, Amber Rudd, Laura Kuenssberg and John Godfrey, Theresa May’s former director of policy, are all interviewed, giving the book an insider feel. At one point, Anderson recalls: “Throughout [Theresa May’s] time in No 10, you could read the [‘burning injustices’] speech in the Downing Street waiting room, just off the main entrance hall. Every time I did, I thought of the resonance of those words and the opportunity which had been lost.”

But the book is at its most incisive when it documents Anderson’s personal experiences during the Tories’ wilderness years. Here, he portrays the difficulty many in the party experienced with the fact that business, for most of the New Labour era, was uninterested in the Conservative Party. The book does little to dispel the charge that Brexit has been a massive “Tory psychodrama”.

The 278-page book is rarely dry and at moments almost unputdownable – an impressive feat for a book that dives into the deep end to discuss regulatory alignment and passporting rights. It takes us from the Tories’ trials in opposition during the reign of New Labour right up to Boris Johnson’s leadership election victory. In his peroration – a nod to the name of his company, Cicero – Anderson expresses his hope that there will be a greater understanding between business and politics in the near future. If this is to happen, he argues, it will require a change of attitude on both sides.

In a crowded field, F**k Business has earned its place among the best Brexit accounts, mainly because it tells a side of the story that no other does. At several points I found myself reassessing the saga. Given the length of time we all have spent thinking, reading and ranting about Brexit in the last few years, that’s quite something.