Turning up the temperature

Ahead of Cop26, can Joe Biden’s bold climate change action plan help save the planet?

If there was any doubt that Joe Biden would make the climate crisis the touchstone of his presidency, he dispelled it within his first 100 days. On his first day in office, Biden started the process of rejoining the Paris agreement, revoked the permit for the Keystone XL oil pipeline, strengthened the Environmental Protection Agency and set in train a series of decisions intended to reduce the US’s carbon footprint, meet a long-term goal of net zero emissions by 2050, and re-set the recovery from Covid-19 on to a green path.

Calling climate change “the existential crisis of our time”, Biden made it clear his electoral mandate was to shift the world’s biggest economy permanently to a low-carbon footing. He said: “This is a moral imperative, an economic imperative, a moment of peril – but also a moment of extraordinary possibilities. Time is short, but I believe we can do this, and I believe we will do this.”

Biden embarked on a series of domestic policy initiatives intended to bring down carbon and boost the US economy. These include measures on electric vehicles, with a target of half of new cars to be electric by 2030; on renewable energy incentives to boost wind and solar power generation, to decarbonise US electricity generation by 2035; and $35bn green job creation programmes in low-carbon technology.

Environmental regulators which had been de-fanged by Donald Trump were revived, energetic figures appointed to key roles, and above all Biden stressed a “whole government” approach from the start – climate change was not to be the purview
of one department or one cabinet member, but the responsibility of all his key colleagues across the federal government, from the Treasury under Janet Yellen to the interior department, where he picked Deb Haaland, the first Native American to hold such a post.

The international intent of Biden’s actions was also clear from the start – this would not be an effort the US would undertake alone. Before his inauguration, the new president announced a summit to mark Earth Day in April, summoning the leaders of the world’s biggest economies, and challenged them to set out new pledges on greenhouse gases, commensurate with the goals of the 2015 Paris climate agreement.

At the summit, Biden unveiled a keynote pledge: carbon dioxide output would be halved in the next ten years, compared with 2005 levels. Such a goal would put the US on a part with the EU, and approaching the UK, in terms of carbon-cutting ambition. 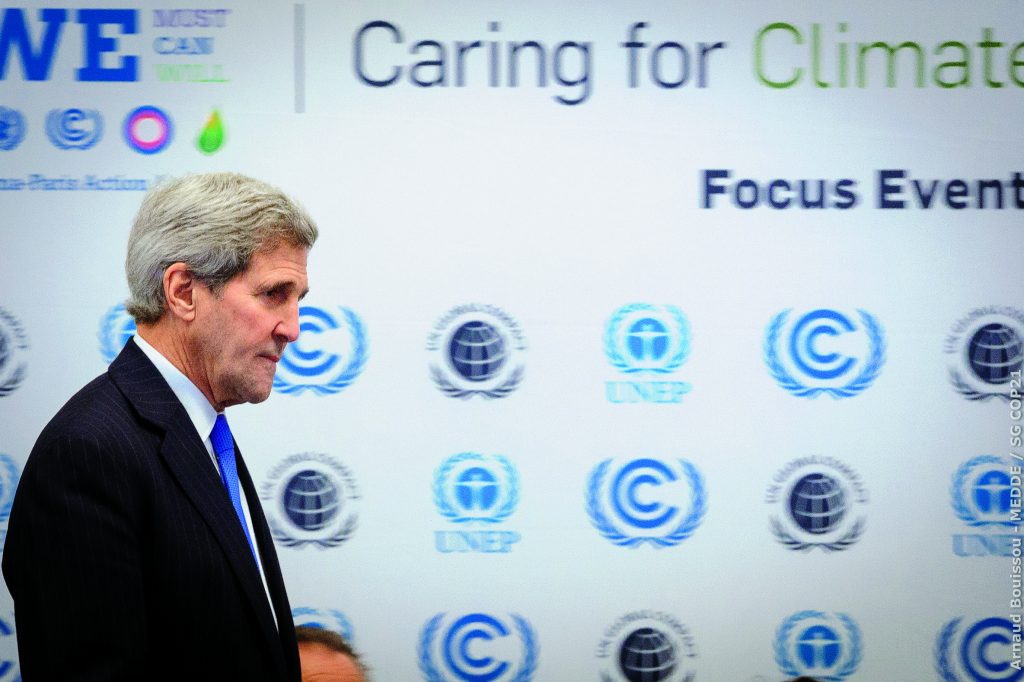 Biden also swiftly appointed John Kerry, former US secretary of state and Democratic presidential candidate, to the role of special envoy for the climate.

Kerry will play a key role at this year’s crunch UN climate talks, the fortnight-long Cop26 summit to be held in Glasgow from the start of November.

Cop26 is widely regarded as one of the last chances to put the world on track to meet the goals of the Paris climate agreement, of holding global heating to well below 2C above pre-industrial levels, with an aspiration to limit heating to 1.5C, beyond which changes to the climate are likely to become catastrophic and irreversible.

Scientists estimate that emissions must be halved this decade to stay within the 1.5C threshold, but the pledges made at Paris would lead to about 3C of warming, so much tougher cuts are needed from all the world’s major economies – and those fresh targets are the key aim of Glasgow. 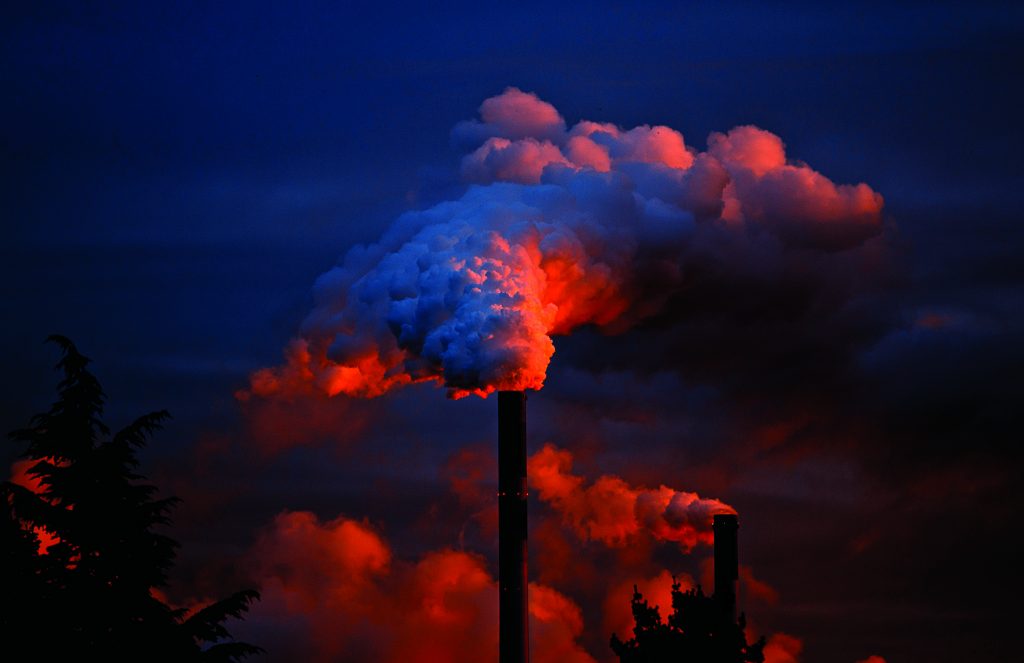 The US is the world’s second biggest emitter of greenhouse gases after China, and the two carbon superpowers were instrumental in forging the Paris agreement in 2015. Before arriving in France, President Barack Obama and China’s Xi Jinping held their own summit, agreeing a way forward.

A similar US-China pact this year looks less likely, as relations have soured badly over trade. But in a speech at Kew Gardens in July, Kerry made it clear that China – which has yet to set out fresh targets on emissions – had to be the key focus for climate diplomacy.

He said: “It is not a mystery that China and the US have many differences. But on climate, cooperation is the only way to break free from the world’s current mutual suicide pact. President Biden and President Xi have both stated that each will cooperate on climate, despite other consequential differences. America needs China to succeed in slashing emissions. China needs America to do the same. The best opportunity we have to secure a reasonable climate future is for China and the US to work together. And the best way to do so is to lay out specific, ambitious, near-term [carbon] reduction goals, and back them up with serious policy.”

Against a backdrop of the Covid pandemic, Biden’s achievements on the climate look impressive. His proposed infrastructure package, though trimmed, would entail spending of about $1.2tn over the coming decade in ways that would reduce emissions. If his plans can pass, they would bring about an economic transformation – though not enough to satisfy the left-wing of the Democratic party, who charge Biden with not going far enough on climate action, and continuing to support fossil fuel development.

Whether the package can be passed in the form Biden intends is now the key question. The Democrats hold a slender majority in the House of Representatives, but their Senate majority is wafer-thin. The filibuster makes passing the more ambitious parts of his plan almost impossible, against a Republican party that clings to climate scepticism, despite the obvious toll of extreme weather in the US.

The UK is also looking on anxiously at Biden’s efforts ahead of Cop26. The new emissions pledge from the US, essential though it is, is not enough to guarantee success. The UN talks proceed by consensus, so forging as wide a coalition of countries as possible at the talks is essential. To keep faith with the poorest nations, which are most vulnerable to the impacts of extreme weather but have done least to cause climate change, the UK needs to show that a longstanding pledge on providing finance will be kept. 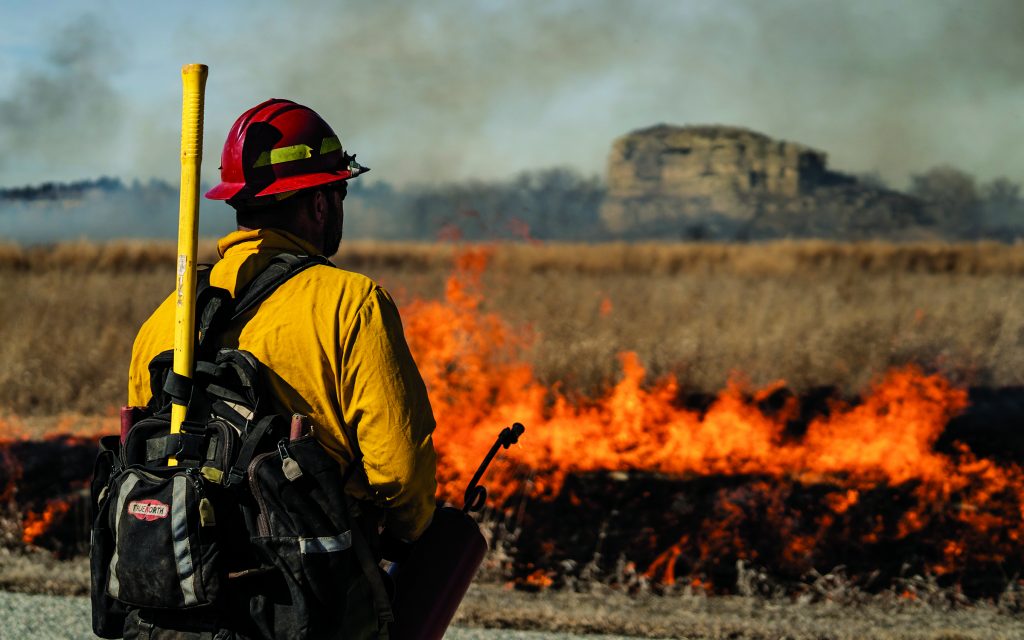 Poor countries were promised in 2009 that by 2020 they would receive at least $100bn a year in climate finance, to help them cut greenhouse gas emissions and cope with the impacts of extreme weather. However, that pledge has been missed and one of the key tasks of the UK’s Cop26 presidency will be to demonstrate to the developing world that the promised cash will be forthcoming in the near future.

The US will be essential to that, but finance pledges from the White House so far – at $5.7bn a year – still look anaemic. Kerry is acutely conscious of the need for the world’s biggest economy to step up with further advances on finance, and has publicly vowed to seek ways to increase the US contribution, but Biden is hamstrung by Congress on such spending.

Before Cop26, Biden must unlock the climate finance conundrum, push through his infrastructure spending plan, show that he understands the plight of developing countries and above all demonstrate to the world that he can forge some kind of rapprochement, however limited, with China on this key global issue.

“The US Congress must pass President Biden’s ambitious climate plan this fall ahead of Cop26, to both lock in strong American action and put added pressure on China and other major emitters to finally cut their emissions,” said Bledsoe. “Without both the US and China making deep emissions cuts, the Paris targets cannot be achieved.”