How the Momentum moment came and went

This Land: The Story of a Movement, by Owen Jones, reviewed by Emelia Wild 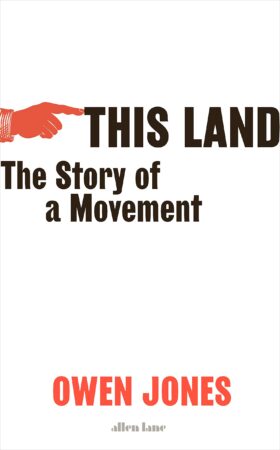 Owen Jones’s latest book, This Land: The Story of a Movement, is both an apologia for Corbyn and a mournful post-mortem of the Momentum movement’s ‘slow-motion collapse’ in 2019. In it, Jones casts himself as both an insider and an observer of the Corbyn years. While many may take exception to this – after all, the book is written with a veneer of journalistic detachment – the fact that Jones was actually there adds intrigue and veracity, even if it does mean that value judgements must be taken with a pinch of salt.

Jones is certainly not afraid to take sides, lambasting Seumas Milne, Corbyn’s director of communications and strategy, by transcribing a letter where Andrew Fisher accuses Milne of a “lack of professionalism, competence and human decency”. It is clear where Jones’s sympathies lie, having written earlier that he was ‘struck, intimidated even, by Fisher’s competence’.  Jones also praises John McDonnell as the best Labour Prime Minister that never was and takes great delight in recounting various petty spats between senior advisors, whom he regards with barely hidden disdain.

However, the lack of impartiality in no way mars the fact that this book is a meaty account of who was where and did what, when. For instance, Jones can describe with an observer’s detail how Corbyn would ‘become distracted, offer garbled responses, play around on his phone’ at meetings with senior officials during the row over antisemitism, or became flustered and angry when PRs tried to prep him for press conferences. For anyone wondering how a movement with so much promise – with its unlikely yet strangely charismatic leader – took such a horrendous nosedive, this book is for you. Emelia Wild