The funeral service for Her Late Majesty will take place at Westminster Abbey, after which her mortal remains will be taken to St George’s Chapel Windsor for burial. St George’s Chapel is the Chapel of the Order of the Garter, founded in the fourteenth century. The Order’s Patron Saints are St George and the Blessed Virgin Mary, symbols of the ideals of Knighthood and Womanhood. 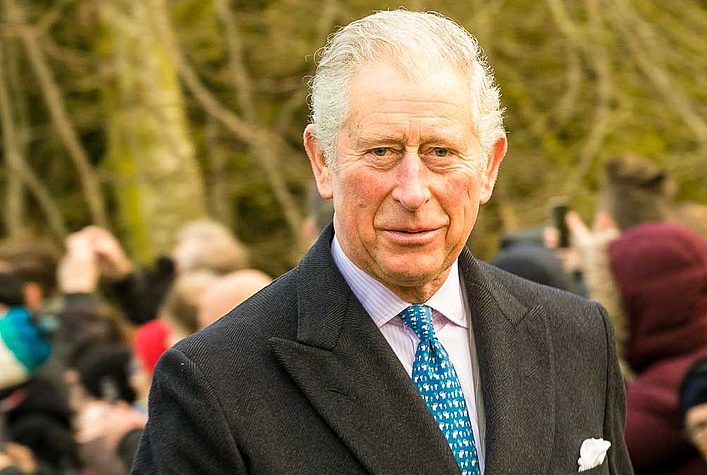 Garter Knights are encouraged to revere the spiritual principle represented by womanhood as the completion of the masculine principle within themselves. St George and the Blessed Virgin Mary conjure up a picture of knights overcoming the dragon of their lower selves and being rewarded with spiritual bliss. The Order’s glorification of woman as the spiritual principle culminated two hundred years later in the reign of Elizabeth the Virgin Queen, arguably the greatest monarch in the history of England.

A successful engagement with the spiritual self can only come after a struggle, a death to the lower self, a crucifixion of the ego and the idea off death to self and has been central to the coronation rite of this country’s kings and queens since ancient times.

The late Metropolitan Anthony of Sourozh was present at the coronation of Her Majesty Queen Elizabeth II in 1953 in Westminster Abbey, and he later described how Her Late Majesty was brought into the Abbey by two bishops, and “went forth consciously to the Altar of the Living God, to be a living sacrifice, like the daughter of Jephthah – to die to herself, in order to live with and or her people…the young Queen did not prepare her heart for a feast, but for a consecration.”

At the heart of rite of coronation there lies the idea of death, a difficult idea for modern, western man to grasp because modern, western man associates life with the body and therefore finds the idea of the twofold death hard to understand. But the ancients understood that there is a spiritual death, as well as physical death. Spiritual death is of a higher order to physical death because it frees the soul from the body, and we see an example of such a death in the plays of Sophocles where Antigone declares: “My soul long since hath died to render service to the dead.”

According to Shakespeare the hero is a victim, someone who dedicates himself to God and who, through suffering, succeeds in dying to himself to attain to spiritual freedom. Thus, when Shakespeare’s heroes slay themselves by falling on their swords, holding the cross on the hilt, they are sacrificing their outer life to penetrate the inner life of the spirit.

Shakespeare’s heroes, like those of Greek tragedy, are of noble or royal birth. This is done to express a sense of the essential nobility of the human condition – bearer as it is of a divine “spark,” the image of God. Pericles, for example, describes his father upon his throne among his princes, like the sun worshipped by stars. In contemplating the grandeur of royalty ordinary people are given a sense of what can be attained by man in general.

Synesius, a fourth century Greek bishop, who preached “On Kingship” to the Emperor Arcadius, asks “what is the thing that proves a man to be a king de jure?” He answers his own question by saying that it is that he is good, “for he is the earthly namesake of God”…and “no matter how great is their divergence as to the nature of the deity all men agree that God is good.”

Shakespeare’s Henry V is the king who most clearly demonstrates the example of a king who has renounced his lower self – but only after he has attained to the throne. His life is testament to a transformation in which, by the time Henry V ascends to the throne, he is skilled in eloquence, in the science of war and the art of statesmanship. Furthermore, says the Archbishop of Canterbury, “hear him but reason in divinity, And, all admiring, with an inward wish You would desire the king were made a prelate.”

All this, despite the fact that, before he became King, Henry V had been addicted to “courses vain.” In Henry V we see the contrast between a man once driven by self will and personal indulgence, and a man who has died to himself and in this way transformed himself. Such a man has been reunited with the spiritual self, and in this way he has attained to a state of Wisdom. He now has access to royal knowledge.

One of the anthems sung at the Coronation of our Kings is Zadok the Priest. Its text reads as follows: “Zadok the priest and Nathan the prophet anointed Solomon king. And all the people rejoiced and said: God save the King! Long live the King! God save the King! May the King live for ever. Amen Hallelujah.”

On the day of his coronation our new King, in dying upon the Altar of God, will, like Her Late Majesty Queen Elizabeth, of happy and blessed memory, die a hero’s death. In this way, he will come to live for ever in Eternity. “May the King live for ever. Amen. Hallelujah.”