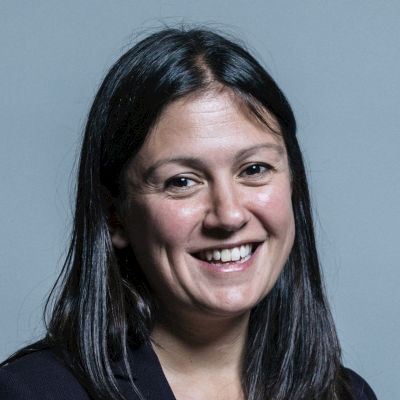 Member of Parliament for Wigan
6728
Majority

Lisa Nandy studied politics at Newcastle University and public policy at Birkbeck. After graduating, she worked in the charitable sector, supporting children and the homeless, a passion she has carried into her political career. In 2006, Nandy was elected as a councillor on Hammersmith and Fulham Council. At the 2010 general election, Nandy was elected as the MP for Wigan. Upon entering Parliament, she joined the education committee and in 2013 became shadow education minister. She was soon moved to the post of shadow minister for the Cabinet Office. Following the election of Jeremy Corbyn as Labour leader, was appointed as shadow energy and climate change secretary. She resigned from the shadow cabinet in June 2016 in protest at Jeremy Corbyn’s leadership and backed Owen Smith in his unsuccessful bid to replace him. Although Nandy voted Remain in the EU referendum, she represents a constituency that voted for Brexit and has been a consistent opponent of Labour’s policy to hold a second referendum, believing that not backing Brexit would hurt the party’s electoral chances in northern seats such as her own. Nandy came second in the Labour Party leadership election in April 2020. Following her defeat, Kier Starmer appointed Nandy to the post of shadow foreign secretary. As shadow foreign secretary, Nandy has been focused on the international response to covid-19 – in November 2020 she stated, “we must not shy away from in ensuring that some of the poorest people in the world are not shut out from access to treatment, diagnostics and vaccine”.