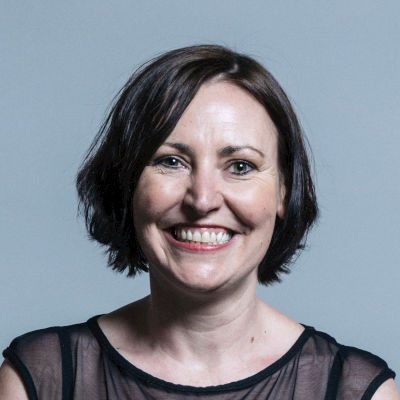 Vicky Foxcroft’s career began at the Amalgamated Engineering and Electrical Union which eventually morphed into Unite the Union in 2007. Foxcraft entered as a research officer, rising to political officer from 2005 to 2009 and later working as a finance sector officer. Between 2010 and 2014, Foxcroft was a councillor on Lewisham Council and served as chair of the Lewisham Council Labour group. During this time, she sat on the Labour Party’s National Policy Forum. After being elected as MP, Foxcroft was appointed an opposition whip by Labour leader Jeremy Corbyn and the following year joined the Statutory Instruments Committee. She supported Owen Smith in the 2016 Labour leadership election but remained a whip. In June 2019 she was promoted to shadow minister for civil society. Foxcroft has sounded the alarm on rising knife crime: she arranged for a debate to take place in parliament on youth violence, and she now chairs the resulting cross-party body, the Youth Violence Commission. In 2020, Foxcroft backed Lisa Nandy for the Labour leadership. She is co-chair of the Votes for 16 APPG. In 2020, she was appointed as shadow minister for disabled people.