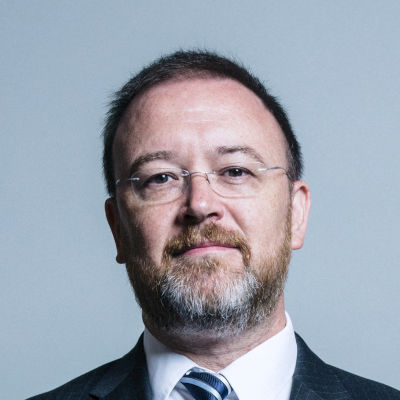 Member of Parliament for Banff and Buchan
4118
Majority

David Duguid studied chemistry before embarking on a 25-year long career in the oil and gas industry. He spent seven years as a production chemist at SGS working in a number of countries including Venezuela and Canada. Duguid later worked at BP in Azerbaijan and Angola. He was on the Scottish Affairs Committee from 2017 to 2020. In 2020, he became parliamentary under-secretary of state for Scotland. Duguid notes his passion for the fishing and farming industry – both of which play a sizable role in his constituency. Duguid leads the APPG on broadband and communications technology, this being a problem in his constituency. He was also a member of the APPG on max appeal, supporting families affected by DiGeorge Syndrome (22q11.2 Deletion Syndrome). Aside from this, Duguid has been involved in local issues such as windfarm development, town regeneration, campaigning to keep MIUs open and rebuilding after 2019’s storms. He has expressed hope that environmental fuel solutions could bring local jobs to his area. In November 2020, Duguid celebrated that “We are now free from the EU Common Agriculture Policy after years of overly bureaucratic policy dictated to our farmers by Brussels”.