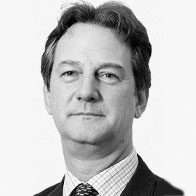 Rory Chisholm advises on both UK and EU political and regulatory issues in a range of business sectors and also the public affairs aspects of EU/UK competition and regulatory policy cases, including mergers & acquisitions, monopoly and anti-trust investigations and state aid cases. He also advises clients on financial services issues. Until 2016, Chisholm was a partner at Finsbury whose regulatory practice he established. From 1988-2000, he was a political consultant with GJW Government Relations Ltd, latterly as director and head of its competition and regulation unit. He previously worked for NatWest and the stockbrokers Wood MacKenzie & Co in the City of London.