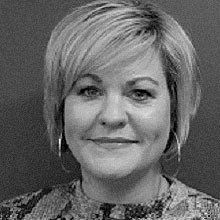 Jo Tanner co-founded iNHouse with Katie Perrior, a dynamic political pairing which their grateful former client, Boris Johnson, has described as “the Fortnum and Mason of Communications.” There is no doubt that Tanner delivers quality: she focuses on creative campaigns, public affairs, media training and crisis communications for a range of clients from individuals to major corporations. She has advised clients including Willmott Dixon, Starbucks and Diageo, and has personally advised on high court actions and public inquiries. Tanner began her career as a broadcast journalist before moving into political public relations. Prior to iNHouse, she was the British Chambers of Commerce media chief, returning to politics to mastermind PR for Johnson’s 2008 mayoral campaign. An occasional political commentator herself, Tanner is an advocate for more female experts being featured in the UK media, and has been a mentor to women in the media. “She’s highly effective” says a client. “A creative thinker, popular, tough – but kind. I feel Jo has my back.”